An aspiring independent parliamentary candidate for Shoshong, Mogalakwe Mogalakwe, who is also a Councillor for Mosolotshane Ward in Shoshong recently resigned from the Botswana National Front (BNF) and has revealed that the Botswana Movement for Democracy (BMD) had approached him at the time he was still with the former, but he turned them down.

He however, told The Gazette that at the moment he is not affiliated to any political party. “I want to stand as a parliamentary candidate failing which (if circumstances do not allow) I will stand at council level. The BNF has completely lost direction. The party constitution and policies are not followed. I cannot stand for a party driven by individuals, some of them being outsiders (coming from other political parties). What I hate most is when they violate the constitution of the BNF,” he said. On the BMD recruitment he said, “BMD approached me but I had some reasons to say no because I did not want to destroy the relationship between them and the BNF. I wanted to join them but decided otherwise and told them that I was going to stand as an independent candidate,” he said.

He said that he will decide on his next political home after the 2014 general elections, but he ruled out the possibility of returning to the BNF. “Its either I join the BDP (Botswana Democratic Party), Botswana Congress Party (BCP) or BMD. It appears that there is no life and there are no progressive policies in the BNF. I told (Duma) Boko that we have to talk about the policies of the BNF.

Kgosikoma denied that he told Mogalakwe to join the party of his choice. He said Mogalakwe complained that he was not consulted when the Shoshong constituency committee was selected. “Then I told him that delegates would be sent to hear his issue at ward and constituency level. While I was still working on that I received his resignation letter,” he said. Meanwhile, the BMD secretary general, Wynter Mmolotsi could not confirm nor deny that his party approached Mogalakwe. He only indicated that “it is better for somebody to resign from the BMD to join the BNF or vice-versa. ” He however, noted that initially, they (Umbrella) agreed that people should not be stopped from moving from one party to the other within the Umbrella, “but that is not supposed to be encouraged.”

There were reports that Mogalakwe was rejected by the BDP and decided to stand as an independent candidate; he has since refuted such reports that the BDP rejected him. Instead, he said that the ruling party approached him and he is the one who refused to join them. “If I wanted to join the BDP it was a matter of going there and take the membership card, they approached me and I refused. It is not true that they rejected me.

I personally spoke to the party chairman, Guma Moyo, and I said no, I cannot join your party at the moment as I was still working hard to make sure I put BNF back on the line,” he said.

Who will be Player of the Season? 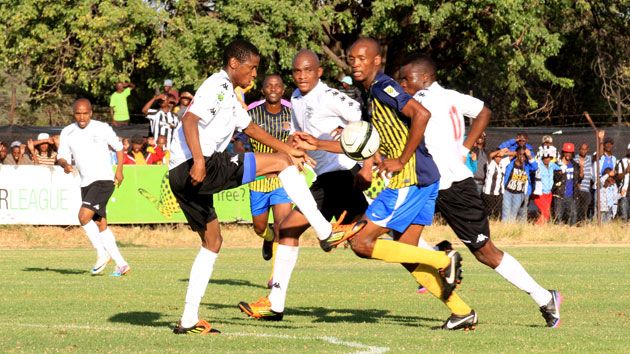