The Botswana Movement for Democracy (BMD) has expressed disappointment at media reports that their partner in the Umbrella for Democratic Change (UDC), the Botswana National Front (BNF) is bullying their party. Speaking at a press conference last week, BMD Secretary General Wynter Mmolotsi said the reporters who attended their first ever open to media congress in Botswana reported a biased view.

He said 80% of delegates’ comments were positive and the reporters decided to dwell on the 20% who indicated problems which could be fixed.Mmolotsi said the congress was a success with 46 constituencies represented while 15 could not show up due to financial constraints.The Francistown South legislator MP said they re-affi rmed their commitment to the Umbrella project and appreciate progress and the maturing of their coalition with the BNF and BPP within the Umbrella framework as well as acknowledge and endorse the new structure of the Umbrella. He also said they commit to doing all that is expected to ensure UDC institutional gravity and success in the 2014 elections Mmolotsi said only three constituencies. Kgatleng East, Lobatse and Tonota South raised complaints which they never raised through available structures. He said they will await reports from complainants and corrective measures will be taken.

“We are in a very good marriage with BNF and the BPP, and just like a marriage between religious couples,there can be differences at times, but we will continue to dialogue with our partners,” he said.UDC spokesperson Moeti Mohwasa said they never received any reports of bullying from BMD members. He said he just heard allegations and stated that nobody could be campaigning as primary elections are yet to be held.He said even if people can campaign in constituencies meant for other Umbrella partners, at the end of the day all their votes will go to the UDC.Media reports had indicated that BMD members at the congress com-plained that some BNF hopefuls are campaigning in constituencies reserved for the BMD.

Mmolotsi said the congress also resolved to make special dispensation to encourage individual members and constituencies to contribute to ensure the successful election of the party President Gomolemo Motswaledi as Member of Parliament for the constituency in which he is nominated to stand for. “We urge all our members to contribute resources and energy to ensure that our leader goes to parliament, but we won’t be traffi cking voters from outside the constituency,” he added.

He also said the congress directed the Secretary General and National Organising Secretary to finalise the 2014 Elections Strategy for approval by the National Executive committee immediately after the Ward Demarcation.The congress also directed that the process for nominations for party representatives for council and parliament should be expedited well ahead of other parties and to allow all those constituencies that are able to complete their nomination process early to commence their 2014 elections campaign ahead of others. 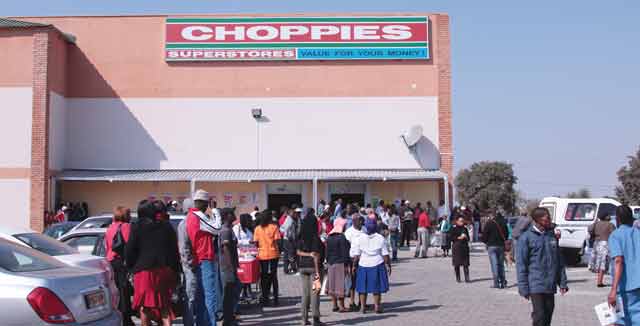