Alarm is growing in Botswana about the unaccountable power of the country’s shadowy Directorate of Intelligence and Security Services (DISS), which has been accused of unlawful acts, including extrajudicial killings and the harassment and surveillance of journalists and opposition politicians.

The directorate answers only to President Ian Khama and its powers are widely and loosely defined in controversial legislation.
The Secretary General of the Botswana Federation of Public Sector Unions, Ketlhalefile Motshegwa, last week described the directorate’s boss, Isaac Kgosi, as the most feared figure in Botswana.
Motshegwa said that, in seeking to defend Khama’s government, the directorate “poked its nose into the operations of unions and politicians deemed to be enemies of the current ruling class, particularly from the opposition”.

The secretary general of the opposition Botswana Congress Party, Kesitegile Gobotswang, described the directorate as the product of weak legislation. He complained that it involved itself in almost everything in the country, including matters outside the intelligence mandate such as stock theft.

It was also suspected of having a hand in irregularities in the recent general election, he said, adding: “We know very well that the DISS protects the interests of the ruling party and the president.”
Motshegwa said that the directorate vetted foreign investors seeking residence and work permits, which was “not healthy for the country” and created the risk of bribes being paid for government permits and licences.

The presidential spokesperson, Jeff Ramsay, said the government was aware of the criticism aimed at the directorate. “People just criticise based on the media reports, which, according to me, are not credible. These are just unsubstantial allegations. People should show us evidence.”

He said the directorate was formed by an Act of Parliament and, before it was launched, Botswana was the only country in the region without an intelligence organ.
The directorate was established under the Intelligence and Security Services Act in April 2008, on the same day that Khama took power. The official rationale was “the change in the regional and global environment, which has necessitated a review in Botswana’s approach to national security concerns”.

A memorandum attached to the Bill said that “Botswana faces a number of threats or potential threats to its national security, political systems and economy, all of which may be destabilized through subversive activities from the country’s detractors”.

It was a controversial initiative: members of the public and opposition MPs protested about the lack of a robust parliamentary oversight committee that would be able to investigate possible abuses of power and arbitrary actions by the directorate.

“They also said the judiciary had no powers to curb “intrusive methods of intelligence work [that] could seriously erode fundamental human rights and create a culture of intimidation”.
The law made no provision for parliamentary oversight in a country without a freedom of information law, and the justice minister had no authority over the directorate, which “appears to be imbued with executive powers”.

Both the director general and deputy director general of the directorate are appointed by the president, who determines their terms and conditions. They swear an oath of allegiance to him, rather than the Constitution. Kgosi, seconded from the army to serve as Khama’s private secretary, was appointed director general when the directorate was launched in 2008.
Under investigation in 2012, it was revealed that Kgosi was being investigated by the Directorate of Corruption and Economic Crime (DCEC) for many offences, including “obtaining by false pretences”, failing to explain satisfactorily how he maintains a standard of living disproportionate with his known sources of income or assets, theft, money laundering and abuse of office.
After the DCEC began its investigation, both it and the DISS were shifted from the justice ministry to Khama’s office. Despite reports that the probe has been finalised, the case appears to have hit a dead end.

The murder of a Malawian, Harry Tembo, allegedly a key witness in the Kgosi case, has added to the controversy. Tembo, who was found shot and hacked to death on a farm near Gaborone, was allegedly questioned by the DCEC in connection with corrupt dealings with the DISS a few days before his death.
Staff movements within the directorate also tend to be opaque: in September this year, Kgosi’s deputy, Tefo Kgotlhane, stepped down for unexplained reasons and was replaced by Colonel Modiri Kooagile, a retired army commando.

Following media pressure, Parlia­ment’s intelligence committee reportedly decided to call Kgosi to account and ask him to step down pending the DCEC investigation.
The encounter never took place. Two opposition MPs have since quit the committee, protesting that they did not want to be part of a toothless organisation.
There were worrying signs after the DISS was launched that its agents were operating differently from those in the directorate’s predecessors, the Security Intelligence Service and the Special Branch.
Soldiers and police arrested in connection with the alleged theft of an assault rifle from the police armoury reported that DISS agents tortured them in a special soundproofed chamber, according to a report in the newspaper. The alleged victims brought a civil claim for torture and wrongful arrest, and the matter was settled out of court.

The Botswana Guardian also reported that a senior member of the Botswana Police Serious Crimes Squad had complained to the minister of defence, justice and security that the directorate’s operations included impersonating police officers, saying this could tarnish the image of the police in the eyes of the public. The secrecy surrounding the directorate’s activities have sparked recurrent rumours and allegations.
In 2009 the former secretary general of the ruling Botswana Democratic Party (BDP), Gomolemo Mots­waledi, clashed with Khama and broke away to form the Botswana Movement for Democracy.
When he died in a car accident shortly before the general election in October this year, there were rumours of the directorate’s involvement, despite a report by the Botswana Police Service that foul play was not suspected.

Shortly before his death, Motswaledi told the media that his house had been broken into three times, most recently in February this year, and that his laptops had been stolen.
A human rights lawyer hired by Motswaledi’s family to investigate his death, Dick Bayford, was later quoted in the Botswana Gazette as alleging that security agencies were conspiring against him.
Bayford said his information was that an “attack, most probably a disguised robbery or burglary, has been planned and ready for execution against me by a shadowy squad drawn from one of the country’s intelligence and security agencies.

“Of course, it is disconcerting to be living under the spectre of something as awful as this,” he said.
Bayford had earlier antagonised the authorities by representing three members of the Kalafatis family, suspected of possessing a compromising videotape showing political leaders participating in a sexual activity.

In May 2009, Gaborone resident John Kalafatis was shot execution-style by members of a Botswana Defence Force squad known as the Cobra. The Botswana High Court heard that the four killers, who received jail sentences ranging from four to 11 years, were on “loan” to the directorate.

After serving only a few months of their sentences, the soldiers were granted an unexplained presidential pardon.
In 2012, John’s father, James Kalafatis, died after being savagely beaten and dumped behind the Sir Seretse Khama Barracks in Mogoditshane. John’s brother, Costa Kalafatis, was shot and wounded by policemen in December last year, who alleged he was suspected of theft and was evading arrest.
He denied the allegation, ­saying the police had not instructed him to stop and had also not tried to stop him. Bayford alleged on radio that John Kalafatis was suspected of having stolen a laptop containing compromising visuals from the home of Allen West, a friend of the Khama family.

Questioned about the Kalafatis saga, Ramsay said no link between the attacks and the directorate had ever been proved. Repeated attempts over two weeks to contact Kgosi by phone were unsuccessful.

In the run-up to this year’s election, the first since independence, in which Khama’s BDP faced possible defeat, allegations of interference by the directorate were rife.
The homes of the leader of the opposition Umbrella for Democratic Change, Duma Boko, and three Business Weekly and Review journalists, Lawrence Seretse, Keabetswe Newel and Boitshepo Majube, were broken into. Only laptops and memory sticks were stolen from the journalists.

Seretse, an investigative journalist known for his hard-hitting reporting on Khama and Kgosi, told amaBhungane this week: “I concluded that the perpetrators might be DISS agents because the police officers who came to my house remarked that the same methods had been used in break-ins at the houses of other journalists and politicians.”
He said the perpetrators had left valuables, including a plasma screen TV and money, but had removed a laptop hidden under his couch. “I suspect they wanted information about our sources,” he said.

Further evidence of the fear inspired by the DISS emerged from Boko’s widely reported claim before the election that he, Motswaledi and other politicians and journalists were on a DISS “hit list”.
Unexplained aircraft Mystery also surrounds the landing of a Ukrainian Antonov aircraft at Gaborone’s Sir Seretse Khama Airport in August, allegedly with a cargo meant for the directorate that did not pass through customs and was collected by military trucks that entered the airport through the VIP entrance.

The Sunday Standard quoted intelligence sources as saying the cargo may have been ballot papers. But an alternative claim was that it comprised mortars and other weapons, possibly in preparation for post-election conflict.

Weeks later, the Sunday Standard editor, Outsa Mokone, was arrested by DISS agents for “seditious intention contrary to section 50 (1) as read with section 51(1)(c) of the Penal Code”, after running a story claimed that Khama had been involved in an accident in his private vehicle at night.

The reporter, Edgar Tsimane, fled to South Africa, which granted him temporary asylum. He told the Botswana Gazette that his brother, Clement Tsimane, whom he claimed was a directorate agent, had warned him to stop writing negative stories about Khama and Kgosi.

This year, diplomatic staff complained to the local media that the directorate was spying on the British and United States embassies. Attempts to contact Kgosi about these claims were fruitless.
But the real issue about the directorate is how it spends its money. Ramsay said that its budget was not secret and that Parliament was informed about it.
According to figures quoted in Parliament by University of Botswana academic Monageng Mogalakwe, in the 2012-2013 financial year, the directorate received about 459-million pula (R549.7-million), about 8% of the total security budget it shares with the defence force and police.

But Mogalakwe said the “biggest challenge has been the excessive or even unreasonable secrecy surrounding DISS financial accountability”.
Opposition members of the parliamentary intelligence and security committee set up to examine the directorate’s expenditure, administration and policy “had, on several occasions, complained that the DISS spending is shrouded in mystery”.

The committee has no oversight powers, is not elected by Parliament and does not report to it. It is appointed by Khama after “consultation” with the parliamentary speaker and leader of the opposition.

Former MP Nehemiah Modubule, who headed Parliament’s public accounts committee, told amaBhungane that the directorate’s budget was drawn up by the office of president and that the auditor general did not audit its accounts.

Kgosi has appeared before Parliament’s public accounts committee but Modubule said his statements were remarkable for claiming that the directorate spent its budget “exactly down to the last thebe [about a cent]”.

Little could be unearthed by Parliament about the DISS’s operations, Motshegwa said. “The scapegoat has always been that they cannot say anything much lest they compromise the security of the country.” 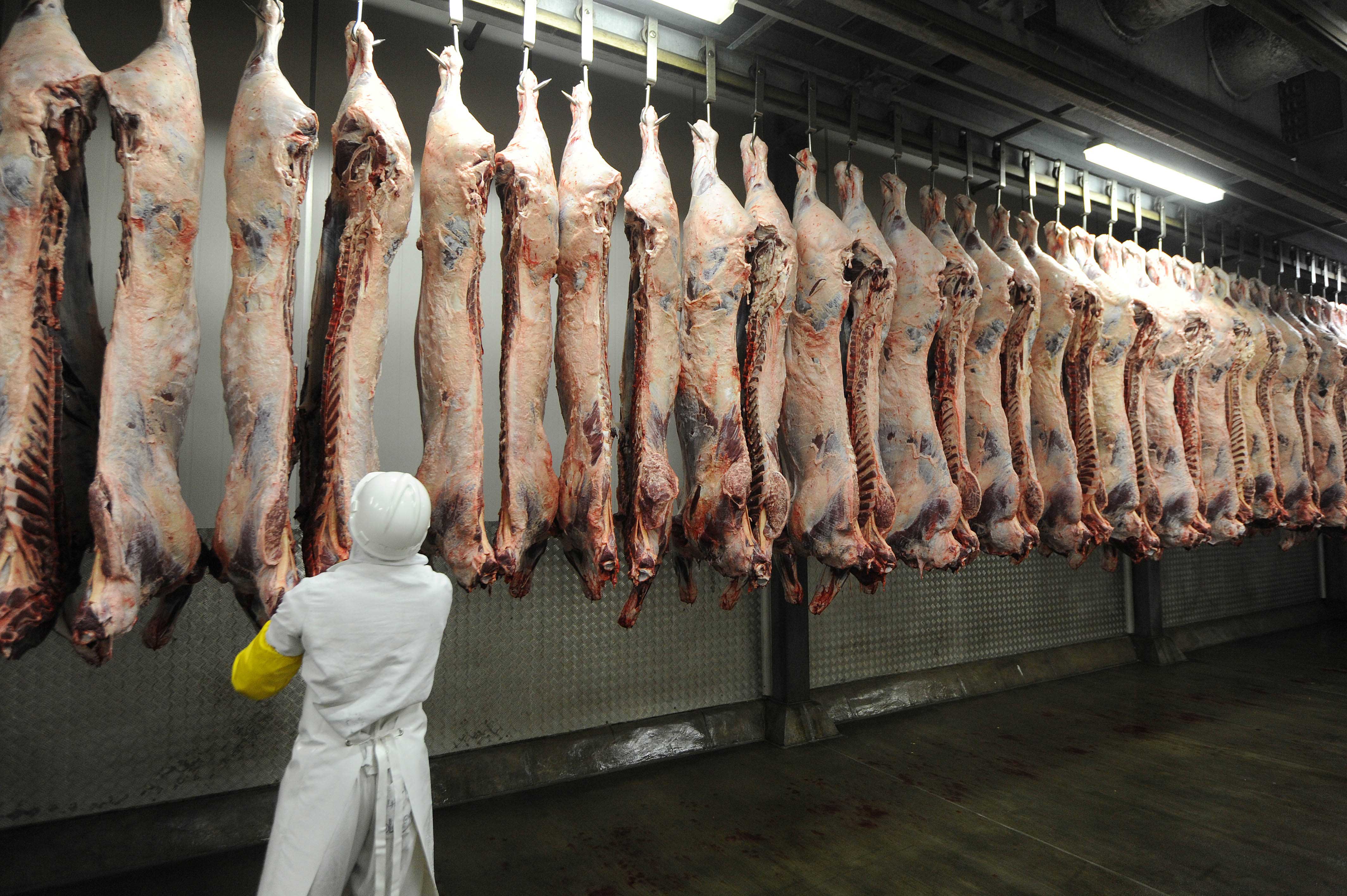