As part of efforts to attract foreign direct investment to Botswana, government investment agencies have always extolled Botswana as a peaceful and democratic country that has held peaceful, free and fair elections since attaining independence in 1966. In the build up to October 24, business pundits were closely observing the market to see if the hotly contested elections would cause unease among investors. However, it was business as usual as the Botswana Stock Exchange (BSE) remained stable and unshaken by market forces.

Garry Juma, financial analyst at Motswedi Securities, says this was to be expected because Botswana is generally a peaceful country that has always held peaceful elections.
“There was no need for investors to remain uneasy because Botswana has a good history as a peaceful nation. No major changes were expected and people were assured that their money was safe,” he said.

This stance was buttressed by Joyce Banda, former president of Malawi, who was heading the African Union Observation Mission (AUEOM’s) in Botswana. In her preliminary statement, she declared the Botswana elections as peaceful and transparent.

“The political environment was peaceful and calm before and during the polls. Political parties campaigned freely and the elections were peaceful and transparent,” she said.
For investors the world over, peaceful elections point to a stable economy and that is the strategy that Botswana Investment Trade Center (BITC) has adopted in influencing investor sentiment and attracting foreign direct investment. In its website, BITC highlights that: “Botswana has been at peace since independence, has zero tolerance for corruption, and boasts of a sound legal system and adherence to the rule of law.”

Another reason why the elections had minimal impact on the BSE was that almost all of the contesting political parties do not fundamentally differ on how the national economy should be run. Their differences are minimal and they have no radical differences on issues like privatization or nationalization of industries such as mining, agriculture and manufacturing.
“Therefore, investors are not generally worried about any radical changes that may occur in the event of a change of government. Also, the parliament of Botswana is robust and all political parties have input on policy decisions,” said Juma.

Even though the election week was short, local equities were quite active as 17 counters exchanged about 5million shares worth of P27.1million traded. The two largest counters by market capitalization traded the most volumes; with Letshego trading about 33.3 percent while FNBB came in with 18 percent. Sechaba surged by 3.3 percent trading at a new 12 month high of 2800thebe. On the tourism space, Chobe maintained its upward momentum as it reached a new 52 week high of 420thebe after gaining 2.2 percent during the week. 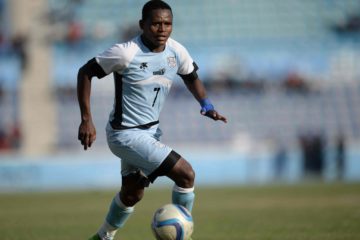