Newly appointed Zebras coach, Peter Butler has vowed to give the country’s young generation a chance to prove themselves at senior team level.  Botswana has often been criticized for a deficiency in developing young talent in recent years but the new trainer has promised to rectify that situation.
Botswana Football Association (BFA) president Tebogo Sebego credited Butler’s history of grooming young talent as one of the reasons why he was hired. Hence, the Englishman will be expected to give the country’s young generation first team chances as opposed to his predecessors.

Butler introduced himself as a coach who was not afraid to throw youngsters into the deep end and   help them make an impact in the national team, development spectators and pundits have been yearning for in the past few years.
“I will give young players a chance. I intend to spend a lot of time with the under 20 and under 23 sides to assess their progress. I will always be available to assist the youth team coaches as much as I can,” said Butler in his first press conference last week.
Many of the country’s promising players have rarely graduated from the nation’s youth teams in the past. Many believe that the country’s inability to blend youth and experience has contributed to the team’s downfall in the past two years. Pundits have stated that persistent use of what many perceive as the ‘old guard’ has prevented Zebras from producing a revamped side capable of eclipsing the team that qualified for AFCON 2012.

Mogogi Gabonamong was the last teenage player to break into the national team and become a regular fixture; he achieved that feat in 1999 as a 16 –year- old. No other player has been able to repeat that feat in the past 15 years. In contrast, other global giants have excelled in terms of introducing younger players into their senior teams, with some if not all of those players having matured into world class players.

Cameroon handed debuts to players such as Samuel Eto’o, Joel Matip and Alex Song during their teenage years. Eto’o was 16 years when handed his debut, Matip and Song were both 18 years when they got picked to represent the senior sides. Other global superstars such as Cristiano Ronaldo, Lionel Messi and Wayne Rooney were also given first team opportunities in their mid-teens.
Gazette Sport has looked at a few young players who have a chance to make an impact in the side if given a chance to prove themselves.

Thatayaone Ramatlapeng
The under 20 national team hero helped the country end a 15-year absence at the CAF under 17 tournaments after he scored crucial goals during the qualifiers. The 17-year-old forward repeated his heroics at the 2012 Zone 6 Championships in Zambia where he scored five goals. The youngster has joined Uniao Flamengo Santos after previously being chased by the country’s big clubs.

Thabiso Mathe
Township Rollers’ young goalkeeper has grown in leaps and bounds in recent years. Last season the club deployed him between the goal posts during crucial matches and he made a good impression. He is currently the club’s third choice goalkeeper but many have argued that he deserves regular first team football. He is regarded as the country’s heir to the goalkeeping throne.

Karabo Phiri
Another of Bright’s young prospects, the 19-year-old midfielder has shown glimpses of brilliance when called upon. He was also on the scoring sheet for GU last season and is expected to become an important player for the club in the future. A national team call up could be a possibility if he continues his progress. 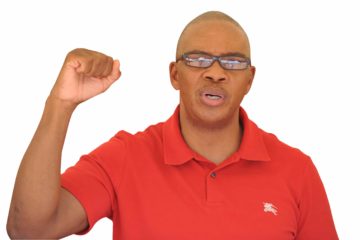