•    Reports indicate that data usage has surpassed traditional voice calls usage is this true? What has yours been in 2015?
•    How is it that when Mascom buys it at a low price they all sell it for 0.90 per MB? How do you justify this 1400% difference in profit charges from 0.06 thebe?
•    Can you explain why all mobile operators including yourself charge almost similar- between 60 thebe and 1.50 per MB? How do you all set these charges?
•    What do you think of consumer complaints about the high prices in the market?
•    I understand that Mascom operates what is called a shared-bandwidth and load many customers in one bandwidth for internet services. What is your take on the complaints about this shared band width practice? Can you explain it?
•    Is it fair to the customers?
•    There are reports of price fixing in the industry. Are you aware of these?
•    Are the current data prices fair considering the cost of purchase from Bofinet?

Is BOCRA toothless?
Consumers who spoke to the Gazette worried that despite their feeling that internet costs are not justified, BOCRA appears to be failing to protect and promote the interests of consumers particularly in respect of the prices charged for, and the availability, quality of services provided by telecommunications companies.
The Botswana Gazette’s investigation discovered that BOCRA holds a completely different view from Minister Mokaila on the data costs. BOCRA says that, “It is not true that the current market prices are high.  Botswana market prices are favourable comparable to other countries in the developing world and in SADC.”
BOCRA spokesperson Aaron Nyelesi said that the current data prices are, “fair because they reflect the cost of providing the service borne by individual Value-Added Network Services (VANS).” He stressed that disbursement of discounts was not a legal requirement but a voluntary measure.
“It is important to note that the data service market is fairly competitive with more than ten VANS offering such services.  It is equally important to note that not all operators buy their bandwidth from BoFinet.  VANS are free to buy bandwidth where they see business justification.”
He explained that BOCRA also conducts costing studies every five years.  The costing studies are used as input towards formulating a pricing framework that evolves with time, technology and market trends, for various services in the ICT market. The framework is used to remedy instances where the market fails to be competitive.
“The current market offers discounts to consumers in both data and voice markets, the most popular being the month end “buy for X Pula and double your airtime.”
When operators set charges/tariffs for their products and services, they consider their cost of providing such a service and not just the cost per MB.  Similarity in the price per MB does not necessarily suggest that there is collusion, it may be reflective of the level of competition.
In addition, operators are not forced to buy WiFi or bandwidth from BoFiNet.  Not all operators buy from BoFiNet.  They are free to source WiFi or bandwidth from any supplier that appeals to their business model.
Despite, Fast Market Research ranking Botswana as one of countries with the highest mobile market penetration rates in Africa, approaching 160%, Botswana is always languishing at the bottom of the indexes for Internet Access International lists, as providers continue to charge exorbitant fees for below standard internet. internet World Statistics (IWS) indicate that 690 000 Batswana have internet access and by June 2016 only 29.4% of the population had internet access.
In 2017, the World Bank identified Internet access as a basic necessity for economic growth with every 10 percent increase in connectivity enabling a 1.38 percent growth in Gross Domestic Product (GDP Stock Broker Botswana 2015 report on Internet usage in Botswana also show that Botswana still has a long way to go; At the time, Mobile Internet penetration stood at 59% (up from 49% the previous year), while fixed Internet penetration was 5%. 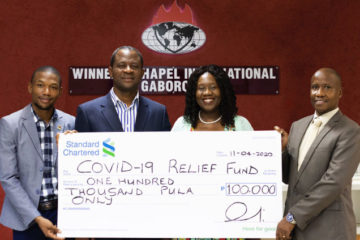