De Beers Group of Companies has announced that its diamond production during the second quarter of 2015 has decreased 6 percent to 8.0 million carats due to lower grades and reduced plant availability in Orapa. The pronunciation comes after Statistics Botswana reported that mining production decreased by 0.90 percent during the first quarter of 2015.

De Beers, a subsidiary of a global and diversified mining group, Anglo American, is expected to unveil its half year results this Friday. The company also announced that Debswana’s production during the period under review has decreased 6 percent to 5.9 million carats due to the Orapa output.
Nevertheless, the mining company said the operational flexibility at the Venetia and Jwaneng tailings treatment plants was utilized to reduce production marginally in response to softer trading conditions.

In 2014, Debswana commissioned the Jwaneng Modular Tailings Plant and will process tailings deposited between 1982 and 1992 and process up to 2 million tonnes, recovering 9 million carats per annum. The process is reported to offer flexibility to increase or reduce production to respond to changes in the market. De Beers has operations in several other countries which include South Africa, Namibia and Canada, all of which had a decrease in production.
Production in South Africa is reported to have decreased by 5 percent, which is thought to be largely due to lower grades at Venetia Open-Pit Mine whereas in Namibia output is supposed to have decreased slightly as a result of lower grades and throughput at the land operations, due in part to short-term industrial action.

In Canada, where the company operates a couple of mines, production decreased by 11 percent and this is attributed to lower grades at Victor Mine together with lower volumes from Snap Lake Mine which is reported to have been affected by water management challenges.

According to the company, total rough diamond sales volumes, including sales by joint ventures for the first six months of 2015, have decreased on the prior half year by 26 percent to 14 million carats. This reflects relatively low levels of restocking by the midstream in 2015, which is believed to be in contrast with particularly strong sales conditions in the first half of 2014.

However, despite this decrease in production, De Beers’ mother company, Anglo American, maintained that it achieved a solid Q2 2015 production performance, which was in line with the group’s expectations. 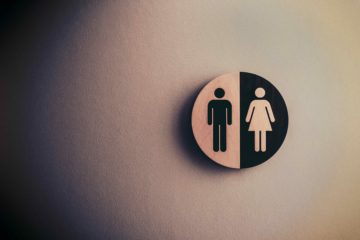