The Director of the Public Service Management, Carter Morupisi has issued a directive announcing overtime allowance adjustment for the Botswana Police Service, Botswana Defence Force, Botswana Prisons Service and the Directorate of Intelligence Services (DIS) effective 1st of April. This is in addition to the 4 per cent salary increment recently announced for all public servants despite negotiations going on at the Bargaining Council.

Overtime payable to DIS officers is adjusted from 15 to 20 per cent of their basic salaries.
The Government has also approved the adjustment of the salary scale for Special Constable from the current A3 to A1 and the duration of their contracts from the current renewable six (6) months to renewable twenty-four (24) months.

Contacted for comment, National Organising Secretary for Botswana Federation of Public Sector Unions, Johnson Motshwarakgole said the forces should not be excited about the increment but rather be worried why the Government is separating them from other workers. “I know they did not increase the allowances themselves, but they should not be excited and be worried that the Government left the rest of its employees, they however should just continue doing their job of protecting the country.” he said.

Motshwarakgole further called for interrogation of President Ian Khama, saying they way he does things shows that there could be something wrong with him and needs to be guided on the proper way of dealing with issues. “He has shocked not only the public, the disciplined forces are shocked and even members of the Botswana Democratic Party are worried how their leader tackles issues,” he said.

Hotel Experience: Adapting to the ‘New Normal’ at Avani 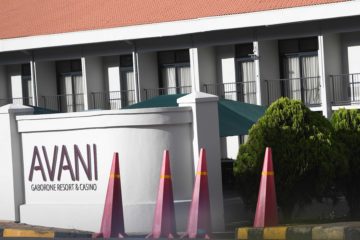