February 27, 2015. Friday. Toteng, near Maun. It is uncharacteristically cold for a February morning in the North West District. Members of staff of the Boseto Copper Mine and those of the sub-contractors have been asked to leave the mine compound with immediate effect. There is shock, and then confusion, and staff, over 800 of them, hesitantly mill out of the mine compound such that by around 10am, the mine compound is empty and eerily quiet.

The Board of Directors of Discovery Metals Limited (DML), which owns a 100% stake in Discovery Copper Botswana (DCB), a company which owns Boseto Copper Mine, had appointed Stefan Dopking and Michael Ryan of FTI Consulting as voluntary administrators of the Company under Part 5.3A of the Corporations Act. The act sets out laws dealing with business entities in Australia at federal and interstate level. DML is an Australian company with a primary listing on the Australian Securities Exchange and a secondary listing on the Botswana Stock Exchange. The decision to appoint a voluntary administrator was reached after DML’s Lender Group had on Thursday 26 February demanded a full and immediate repayment by DML of all monies owed and this comprised principal repayments, interest and costs. The Lender Group is a group of companies which loaned a joint amount of US100 million (close to P1 billion) to DML to set up the mine operation.

According to the DML 2014 Annual Report, DML had defaulted in loan repayments, and between December 2013 and April 2014 had tried to recapitalize with both Blumont Group Limited for US$108 million and Montsant Partners for US$105 million. Both attempts failed because the company did not satisfy certain conditions set for recapitalization. In May 2014, the company re-profiled its debt with the Lender Group and this took effect around July 2014.

The conditions for the debt re-profile were, among others, that: 1. all continuing defaults were waived on execution of the term sheet, 2. gross interest bearing debt owed under the loan facility of approximately US$160.4 million, including capitalised interest, was reduced to US$100m, and 3. The loan would attract interest at LIBOR (average interbank interest rate at which a selection of banks on the London money market are prepared to lend to one another) + 5%. Conditions under this agreement which, if not satisfied, would constitute default were that: 1. DCB should draw a business plan to demonstrate how the loan will be repaid and how the agreement will be complied with, and 2. raise funds, on or before 31 December 2014, sufficient enough to finance development of its underground mine to an operational stage and to support the company’s related working capital requirements. The Business plan was developed and submitted and work on raising capital begun, with DML first courting Cupric Canyon for possible investment. Cupric made an initial investment of US$5 million as working capital while it conducted due diligence assessment. The talks collapsed and on board came Castlepines Global Equity Limited which was willing to invest US$110 million into DCB for 34% equity.

The funds would clear off Cupric’s  debt and finance the mine’s underground development. Castlepines was also willing to negotiate a settlement of the existing loan with DCB’s secured Lending Syndicate. Despite DML having shown the Lending Syndicate the binding Memorandum of Understanding signed with Castlepines, the latter issued the former a Notice of Event of Default dated 10 February 2015 advising that execution of the Castlepines MOU by the DCB was a likely breach of the amended loan agreement. Cupric’s Notice of Event of Default followed three days later on February 13. The final blow came late Thursday, February 26, in the form of a letter of demand for a full and immediate repayment by DML of all monies owed to the Lending Syndicate, leaving the board with no options but to declare insolvency and appoint an administrator.

Fate of the Employees
The Australian law is very clear on what should transpire when a company is under voluntary administration. The act which guided the board decision to appoint a voluntary administrator, the Corporations Act, states that among other things, “A company may, by writing, appoint an administrator of the company if the board has resolved to the effect that: (a)  in the opinion of the directors voting for the resolution, the company is insolvent, or is likely to become insolvent at some future time; and (b)  an administrator of the company should be appointed.” The act goes on to stipulate such other matters as that the administrator assumes control of company’s affairs including acting as the company agent and suspension of roles of all other officers; investigation of company affairs; organizing the meeting of creditors to decide the future of the company; protection of company property during administration; securing rights of secured parties, owners and lessors; and if need be, wind up the company. A local lawyer, who preferred anonymity, stressed however that Botswana law takes precedence. He appreciated that DML is an Australian company but reiterated that DCB, which owns the mine, is a Botswana registered company. Being a subsidiary of an international company does not absolve the subsidiary of the wrath of the laws of the country where it operates. Under Botswana law, what becomes of the men and women who were chased from the mine compound that fateful morning of Friday, February 27? This publication has tried without success to reach the Spokesperson of the Botswana Mine Workers Union, Jack Tlhagale, to explain what the union is doing to safeguard the interest of over 800 employees who were shown the door at DCB.

Dramatic Performance of DML Stock
DML had a surge of over 66% in its share value on March 1. This was a result of DML having signed a binding MoU with Castlepines Global Equity Limited, where a 34% stake in Boseto Copper Mine would exchange hands for a US$110 million price tag. DML closed the day on March 1 with its share selling at 20 thebe, a 66.7% surge from the 12 thebe it traded the previous day. Tlotlo Ramalepa, an analyst at Motswedi Securities, was however not upbeat about the seemingly good performance by DML. Ramalepa had noted at the time that the foreign board, where DML is listed and trades had been subdued for some time as a result lacked liquidity. He also pointed out that the DML share price had been very volatile, such that gains in share value realized could be lost in the same breath. He encouraged investment in a mixed portfolio of companies in the domestic board where there was a lot of activity and liquidity.

What of the local economy?
Bogolo Kenewendo, an economist with the local think tank E-Consult, reckons the closure of the mine is a big blow to the local North West District economy. She puts it this way, “The mining sector employs around 6000 people and if 800 people have lost their job, which is around 13%, that’s a large proportion. The ripple effect will be felt far and wide. And it’s not only employees of the mine that are affected, but also companies that supplied the mine with goods and services. They will also be affected together with the people that they employ.
Given that Castlepines was willing to invest in DCB for the underground mine development, it was willing to avail the much needed operating capital, and was willing to negotiate and undertake to pay the loan owed to the secured Lending Group, why did the Lending Group decide to make a demand for immediate repayment?  Meanwhile, the DML Botswana Country Manager Mokwena Morulane has issued a statement to express that “Administrators are working with DML’s management team, the Lender Group and Creditors on the options available to DML. The Administrators recognise the significance of the Boseto Mine to the Botswana economy and are committed to timeous and transparent engagement with the Botswana Government, relevant statutory bodies and union representatives to ensure the best possible outcome for all affected parties.” 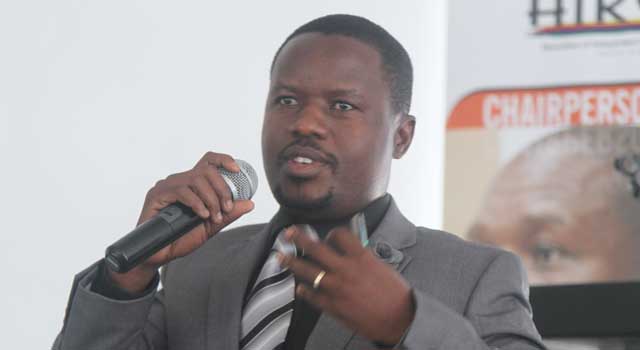