Umbrella for Democratic Change (UDC) and Botswana National Front (BNF) president, Duma Boko has advised his voters not to be shaken by the court cases against the BNF in the lead up to the 2014 general elections.

In an interview with The Gazette recently pertaining to the two BNF cases pending before Lobatse High Court, Boko stated that the two cases which in his view do not have merits of success, will in all probability, be disposed of well before the 2014 elections.

The BNF is the respondent in both cases. In the first case, Reverend Thomas Mhale and Rex Seharane are challenging the BNF and its president Boko, Same Bathobakae (vice president) and their information and publicity secretary, Moeti Mohwasa, for joining the UDC.

In another case which was filed recently, BNF activists, Moses Kajane and Kitso Toister are challenging Boko and the BNF Executive Committee members for their efforts to de-register the BNF electoral symbol from the Independent Electoral Commission (IEC). “The cases are ill conceived and amount to no more than the concerted actions of a few former members and one or two of their cohorts who remain in the party, to tarnish the party and its leadership. These actions are doomed to fail,” Boko noted.

He said opposition parties have, in their previous efforts tried to wrestle power from the ruling party, engaged efforts which clearly reached some kind of political dead end. He said there was need to inject a fresh verve and vitality to these efforts, adding that it makes ordinary sense to appreciate that there is a dire need for a united opposition.

“The time for small, regionalized political formations operating like independent warlords on our political terrain has passed. It was in the quest to address this need for unity that the Umbrella for Democratic Change was established. I would like to affirm to all our voters, young and old, students and all members of the labour movement that the Umbrella remains the only viable alternative to the BDP,” he said.

As the president of the Umbrella, Boko said he was inspired by the wisdom that growth means change and change involves risks; noting that it involves stepping from the comfort of the known into the infinite possibilities of the unknown. “As a leader, when several roads diverge before me, I must have the courage to take not just the road less travelled, but the one never travelled; to chart new courses. This is the real test and challenge of leadership in my humble view,” he said, adding that there is therefore, not the slightest doubt that the BNF will contest the next elections under the aegis of the Umbrella.

Boko however, could not rule out the likelihood of other cases coming up in the lead up to the elections. He said the party can only urge and encourage its members to understand that in a democratic organization like the BNF, there is always a contrariety of views and sentiments. He said not all sentiments are justifiable. “The BNF has a clear internal process to deal with any dissatisfaction. To ignore these and run to the courts will not avail any member anything at all. The sensible thing for every member is to submit to the governance processes of the party and not only respect but uphold democratic outcomes and decisions,” he advised.

On his part, the UDC Secretary General and president of the Botswana Movement for Democracy, Gomolemo Motswaledi stated that people who have approached the courts about decisions made by the BNF are merely exercising their constitutional right as citizens to seek legal clarifications on those decisions.

He said Batswana are aware of that and are further aware that the focus at this point is to prepare candidates for the 2014 elections, remit and receive the UDC message for 2014 and finally vote for the UDC next year.

“So, Batswana are not pre-occupied with any other thing than getting into this journey with us. The BNF and BPP will soon complete the process of patenting their symbols in order to protect the withdrawal of the same from IEC to pave way for the registration of the UDC symbol. All this has nothing to do with those seeking clarifications in law at the courts. They will, with respect, receive them anyway,” Motswaledi stated.

The case for relevance 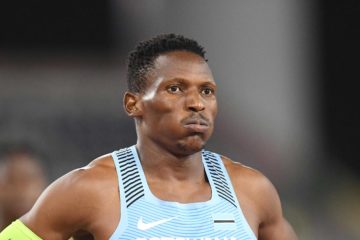