“I believe I can fly… I believe I can touch the sky,” Skhumbuzo Mlotsha was over the moon and sang happily while a High Court audience listened, after Lobatse High Court Judge, Justice Michael Leburu, set him free after quashing his conviction and sentence for the 2006, P5.5m airport robbery case.

Mlotsha and his co-accused, Tebogo Mafisa and Gaborone businessman, Jeremiah Modise, were charged with robbing the Fidelity Cash Management Services of approximately P5.5 million in US dollars and Euros at the Sir Seretse Khama Airport in Gaborone in 2006. Modise and Mafisa each pleaded guilty to the charges and were each sentenced to ten years’ imprisonment.

But Mlotsha had appealed his conviction and 11-year sentence imposed on him last year, on the grounds that the police had tampered with the money which was recovered from his premises. He told the court that on his ar- rest the money was sealed in his presence. The exhibits (US$ 2 550) were given to one of the police officers. However the police had opened the exhibits in his absence and had counted the money, which was later sealed in a different package.

However when it was counted again in court during the trial, US $100 was missing. Last week Justice Leburu ruled that the State’s case was weakened by inadmissible hearsay evidence and the tampering of the cash by police officers. He said it was wrong for the court to have relied on a faxed document from London bearing the original serial numbers of the monies, without identifying the person who made the document.

“The original maker of such exhibits has not been identified to this court to verify the reliability of such an absent witness. Hence I hold that the document amounts to inadmissible hearsay,” Justice Leburu ruled. He said if properly obtained and admitted, the document would have provided the connection between the cash robbed and Mlotsha; in its absence, the connection had been severed to the extent of creating a yawning hole in the State’s case.

Judge Leburu also noted that the tampering with of the seized cash, which was done in the absence of Mlotsha, put a heavy strain on the State’s case. “In the premise the appeal succeeds, and the exhibits shall be returned to their lawful owners.” The prosecution counsel, Lesedi Seloka, did not oppose the appeal; he conceded that the trial magistrate had committed errors in convicting Mlotsha.

According to information before the court, on December 2006 Standard Chartered Bank Botswana ordered foreign currency from Standard Bank, South Africa. Fidelity was engaged by Brinks (Pty) Ltd to collect the money and deliver it to the bank; the company’s employees went to the Sir Seretse Khama Airport to collect the money in a vehicle at around 1300hrs in the afternoon, when they were confronted by four men, one carrying a gun and another talking into two-way radio communication equipment.

The four men ordered the Fidelity employees to open their vehicle threatening to burn it if they did not open it. One employee was hit with the butt of the gun on the head and the other robbers joined in beating him up. Fearing for his life, the employee opened the sliding door of the vehicle where the money was kept, and the four men removed it and fled the scene in a Mercedes Benz car. 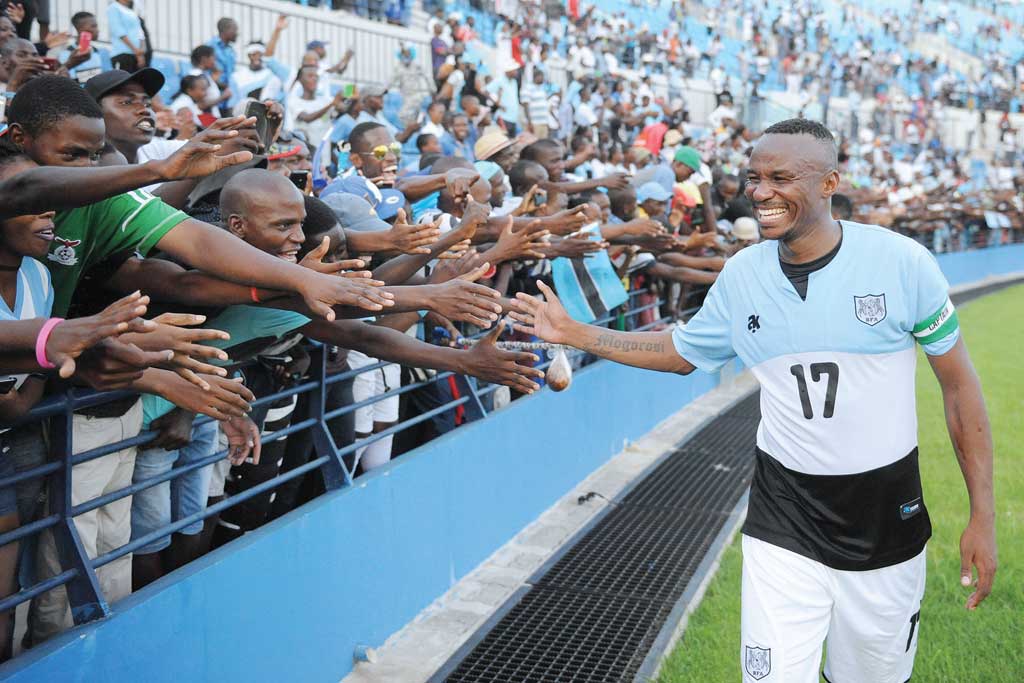