Reigning women’s basketball champions Police V, which currently holds an undefeated record in this year’s basketball league has proven to boast of players with skills of epic proportions. Amongst its sort after players is, Endie Banyaditse ; a shining example of talented female basketball players in the country. The 23-year-old Banyaditse, who was voted best female player in the country in 2010 by the Botswana Basketball Association, told Gazette Sport that she has been playing basketball for close to a decade. She added that her sister played a big role in her choosing the sport. She said, “I chose basketball because my sister Wame Banyaditse-Oitsile played it.

She was a star player during her time. I enjoyed watching her play and as a result I fell in love with basketball.” Banyaditse currently plays a forward and a shooting guard. “My role requires that a person be a little bit husky; combination of height and quickness to allow them to defend a number of positions and score at the same time.” Being a valuable player and top goal scorer in her team, she has been praised for her great understanding of the game as well as team ethics. Police V coach James Kalebwe shared that one of the reasons he believes that Banyaditse is a star in the making is because of the sacrifi ces that she makes to become a top basketball player. “She pulls a lot of late nights at the courts and a lot of early morning jogs.

When her friends are going out, she goes to the courts to work on her game. She is willing to give up her own personal achievements for the achievement of the team to enhance everybody’s game. That is why I believe she is a star and a great leader,” he said. Highlighting her major achievements throughout her sporting career, Banyaditse said that being one of the high profi led women of basketball has been an achievement on its own. She said, “I made the Under 17 national team three times and was selected the captain twice.

I also have a gold and silver for the league championships. I made the senior national team and currently serve as the captain.” Having mastered the art of scoring, Banyaditse has become a scoring machine on the court. When quizzed on the motivation behind her skills, she pointed out that, “The girls and I are like family so we support each other. My coach has also played a huge role towards my growth as a player so I thank him for the support and encouragement that he gives me and the rest of the team.” “I had a dream to play abroad; in very competitive leagues like Mozambique, Nigeria and of course in America with the crème de la crème of the sport.

Even though I am behind time, I will continue playing basketball in Botswana until my legs cannot carry me any longer. The plan now is to keep the sport going and help in its growth and its development,” she maintained. Giving a word of encouragement to other female basketball players in the country wishing to achieve star status, Banyaditse said “the key to great basketball play is hard work, determination, and generally just believing in oneself. Above all, discipline is most important. Basketball is struggling in Botswana but it all starts with us, to have faith and hope in our beloved sport.” 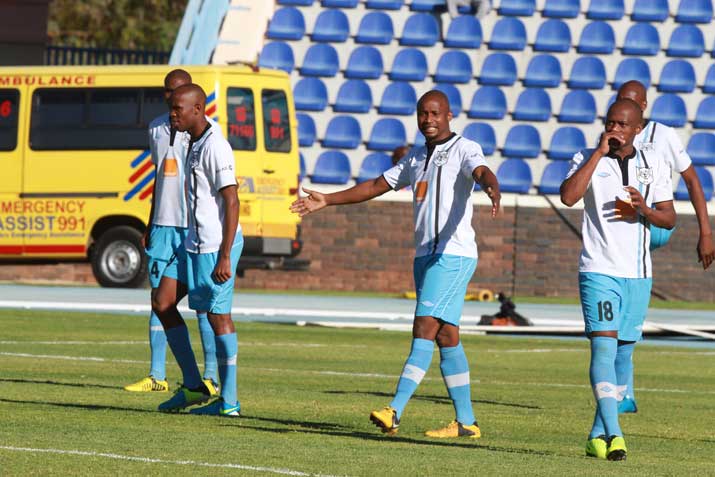