The Botswana FA Challenge Cup is scheduled to make a return after a two year absence, though the competition will likely take place without an official sponsor. Botswana Football Association (BFA) President, Tebogo Sebego said a resolution to stage the competition with or without a sponsor was reached by the association at last year’s Annual General Assembly.

It was to be held this season but fears over fixture congestion brought about by the   upcoming Africa Youth Games in May led to the postponement to next year.

The competition was famous for pitting lower tier clubs against top flight opponents. Last season the Mascom Top 8 was the only cup competition and as such lower division teams have been deprived of cup competition for in the past two seasons.

CAF Confederation Cup participation was also determined by the winners of the FA Challenge Cup in the past years except last season. The BFA’s National Executive Committee (NEC) elected to use the Mascom Top 8 as a criterion for CAF Cup qualification, the return of the FA Cup will force the NEC to revert to the previous criteria.
Sebego emphasised  the importance of  cup competition to local football. “We have not found a sponsor yet but that will not stop us from carrying on with the competition. Our football needs the return of the FA Cup. We are sure that gate takings and TV rights, will bring income. In a way the competition will run itself, if prospective sponsors see that the competition can run independently then they would possibly be impressed and jump on board,” said Sebego.
In other news the Botswana Premier League (BPL) and Mascom are in talks to renew their partnership of the Mascom Top 8 tournament. The current edition will bring an end to their initial contract but they have already held preliminary talks about an extension.

BPL Chief Executive Officer told Gazette Sport that both parties are exploring the idea of extending the deal but also revealed that official negotiations will only take place at the end of the season.
“We are desirous to continue our contract with Mascom. A common understanding has been struck but nothing has been officially agreed. Our relationship with Mascom is fruitful and we want to continue working with them. Formal talks will only be held at the end of the season, we want to ensure that the current edition of the competition ends well,” said Mamelodi.

When reached for comment Mascom’s Communications and PR Manager, Barbara Tshipana said the following, “Please be informed that Mascom has started the engagement process with the Premier League, we will engage the media and the general public once discussions have been finalized.” 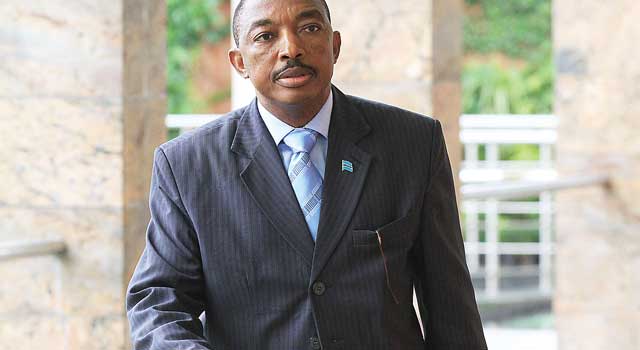