Court records implicate UB Vice Chancellor Prof. Fako in a forgery plot following a five year long case in which a senior employee sued the institution for unlawful dismissal. While the University staff  union has called for his resignation, lawyers representing the employee have said Prof Fako was dishonestly attempting to defeat the ends of justice.

The University of Botswana Academic and Senior Support Staff Union (UBASSSU) issued a petition to the university calling for the dismissal of its Vice Chancellor, Professor Thabo Fako, following allegations of board minutes manipulation.
This is after a discovery made by Mboki Chilisa, the lawyer representing former Deputy Director of Academic Programming, Dr. Gbolagade Adekanmbi in a matter in which the latter was contesting the unlawful termination of his employment contract by the university management.
In the case which spanned five years and protracted demands to be availed records of the minutes of the board, Dr. Adekanmbi said Professor Fako manipulated minutes of the Council.
“Following the decision by the Council and the compilation of the said minutes by David Fani who was the Secretary of Council, Prof. Fako who is the Vice Chancellor of the respondent (UB) sought to dishonestly alter the minutes by removing the aspect which says the appeal has been upheld and replacing it with a paragraph criticising the findings of the Staff Appeals’ Committee,” he said in court papers.
Court records indicate that the falsified version of the minutes of 5th October 2012 were confirmed by Council at its meeting of 16th November 2012 “because they failed to realise that Prof. Fako had dishonestly altered the minutes following the departure of David Fani from the UB,” it is stated in the affidavit. The manipulation of the minutes is said to have been brought to the attention of the late Council Chairperson Justice Elijah Legwaila.
Chilisa argued however that in spite of Council having been notified, the involvement of Prof Fako directly in the matter was an attempt to defeat the ends of justice because he tried everything he could to avoid the implementation of the Council’s decision, that Dr. Adekanmbi be reinstated or a settlement agreement be reached since the position he was contracted for been declared redundant by the university management.
On 27th October 2016 at the Court of Appeal (CoA), a panel consisting of Justice Gaongalelwe, Justice Ian Kirby and Justice Dambe (acting Judge of Appeal) delivered a judgement in favour of Dr. Adekambi against the University of Botswana which was represented by Collins Newman attorneys whose senior partner, Parks Tafa, is the current Council Chair who works closely with the university Vice Chancellor office.
Exactly ten days after UB lost the case, UBASSSU delivered a petition to Tafa, seeking the resignation Professor Thabo citing, amongst other things, allegations of forgery.
The union cited Justice Gaongalelwe’s judgement which says that “the meeting of 8th January 2013 had cause to revisit the minutes of the earlier meeting of 5th October 2012. A relook at the minutes and the resolution passed in relation to the appellant reflected that there were patent differences between those minutes and the chairperson’s notes. Those were not ordinary inaccuracies but differences suggestive of a deliberate alteration of minutes.”
The union expressed concern over what they termed a growing trend of indiscriminatory manipulation of minutes by some upper decision-making structures, often putting staff at a disadvantage in disciplinary matters.
“This trend of manipulating minutes seems to be institutionalizing and becoming a culture of how things are done here.  Within this emerging culture, we see no action on the part of the Vice Chancellor regarding the perpetrators. In fact, his office seems to be turning a blind eye on this issue, and is at times directly implicated as the party instigating the fraudulent conduct,” the union wrote.
The union further alleged in their petition that Prof Fako was in the habit of ignoring or refusing to implement some court orders, thus bringing the name of the University of Botswana into disrepute while he hides behind a corporate veil.
Courts have noted that management functionaries have acted unlawfully in disciplinary cases against staff.  “We are still to hear of any action taken against any member of management engaged in doctoring of minutes or other ancillary documents to manipulate disciplinary processes,” the union complained.
“Four cases in this regard are from the Faculty of Engineering and Technology, Faculty of Social Sciences, Department of Finance, and the Centre for Continuing Education, respectively. This is a serious indictment on the part of the Vice Chancellor and his management team, which requires action by council and other appropriate bodies,” they argued. 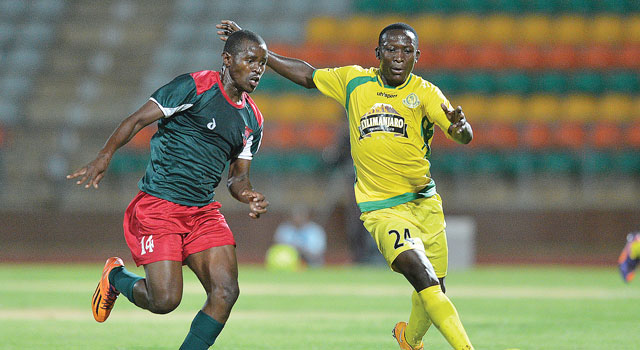