Not only has the legal route come to an end with nothing to show for it; the organisers of the petition that partly formed the basis for the postponement of the bye-election may very well find themselves in trouble with the law over alleged fraud and forgery.
By choosing the legal route over the issuance of a new bye-election writ, the BDP exhibited an uncharacteristically cautious, even apologetic trait. Its usual killer instinct and hard-nosed approach in dealing with matters of political survival appeared to have deserted the party. The reasons for this are not difficult to fathom.

Failure to timely act on Whyte Marobela’s primary election grievances which led to the court order was a huge embarrassment that temporarily took the steam out of the BDP and left it somewhat rattled. It was not a conducive environment for hard-nosed decision-making but this is not the main reason for the ruling party’s docile approach.
The continuous castigation of the BDP government by the opposition for allegedly trampling on democratic principles and its alleged tendency not to observe the laws of the land finally paid off. Acutely mindful of these allegations, especially hot on the heels of an unfavourable court judgement, the BDP baulked  at issuing a new bye-election writ and decided on the legal route – a noble but politically timid move given the availability of an option, albeit controversial, that would guarantee the desired result. Needless to mention, the raison d’être for political parties is the attainment or retention of political power, not sainthood.
Even the opposition was quietly taken aback when the BDP went the legal route. The opposition had expected the issuance of a new bye-election writ. This is what any ruling political party worth its salt would have done in the same situation that the BDP found itself in.

However, the UDC is unlikely to be keen on a face-off with the BCP without the BDP for two reasons. Firstly, the UDC is still finding its footing as a party and against the BCP it will not stand a chance given the latter’s strength in the constituency. A loss to the BCP would significantly demoralise the UDC, especially given the ceaseless taunts that would follow.
Secondly, the absence of the BDP in the bye-election would deny the UDC an opportunity to gauge its strength against its two opponents and strategise for the 2014 general elections.
For the BCP, a bye-election without the BDP would be God-sent. A victory by the BCP will give it such momentum that in 2014 it will likely gobble up the BDP with ease in the city’s two other constituencies where it came a close second in the 2009 general elections. This would be calamitous for the BDP as it would pave way for a possible defeat at the 2019 general elections. Also, going into the 2014 general elections, the BDP has to contend with a resurgent BNF under the capable, if cocky, Duma Boko. 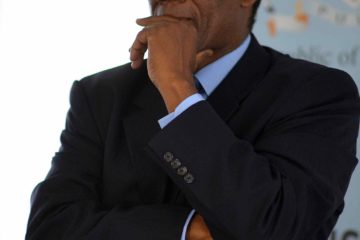