In the latest development in the standoff between the Directorate on Corruption and Economic Crimes (DCEC) and the media, the attorney for The Botswana Gazette, Joao Salbany, was advised on Thursday 4 June 2015 by the DCEC that he is to be arraigned before court for obstructing DCEC officers in the due execution of their duties. The charge carries a potential five year prison sentence.
The events that gave rise to this charge stem from the DCEC raid and seizure of computer equipment belonging to The Botswana Gazette, a mere three days after World Press Freedom Day.
The raid on the publication’s offices was conducted on the grounds that it had revealed to the public various allegations of corruption in respect of the state owned company Botswana Oil.
Botswana as a signatory to the ‘Tshwane Protocol on Global Principles on National Security and the Right to Information’ recognises that national security and the public’s right to know should not be viewed as competing interests.  The Tshwane Protocol recognises that a well-informed public enhances the protection of National Security and complies with the constitutional imperatives to the right to receive and disseminate information; the cornerstones of the Freedom of Expression and a democratic society.

The Tshwane Protocol states that access to information, “by enabling public scrutiny of state actions, not only safeguards against abuse by public officials but also permits the public to play a role in determining policies of the state and thereby forms a crucial component of genuine national security, democratic participation, and sound policy formulation” .

These principles are in direct contrast to the actions of the DCEC with respect of the Sunday Standard Newspaper that it sought to interdict from publishing its expose into the Isaac Kgosi investigations and the current impasse with the Gazette in the “Oil-gate Affair”.

The warrants issued out from the Broadhurst and Extension Two Magistrates Courts on the 6th of May 2015, to allow the DCEC ‘Entry and Seizure’ into the Gazette offices were obtained without there being any court record or any formal record of an application to either court. The Botswana Gazette has established that the warrants and the case number reflected on both warrants does not correspond to any official court record but rather to the docket number held by the DCEC.

The Clerks of Court for Broadhurst and Extension Two Magistrates Courts have verified that not only does the case number in the warrant not correspond to any of their records, but further that their records do not reflect any application having been brought by the DCEC  against The Botswana Gazette; its holding company News Company (PTY) LTD; or the owners of the premises occupied by the newspaper.

Investigations by this publication have revealed that warrants, be they for “Arrest”, “Search and Entry” or for “Wire Taps,” are routinely issued by magistrates and are done “over the counter” with no formal application being moved by the Department or Law Enforcement Office seeking the order. The lack of regard to the provisions of the Magistrate Courts Act and Rules which specifically provide that the magistrate court is a Court of Record renders the process by which such warrants are issued devoid of transparency; a requirement in all judicial proceedings.

The lack of records in respect of the warrants which the DCEC sought to enforce against The Botswana Gazette highlight not only the vulnerability of the media at the hands of the DCEC but also bring into sharp contrast the constitutional right to disseminate and receive information and the perceived “right” of the DCEC to curtail the constitutionally enshrined protection to freedom of expression.

The detention of the Gazette’s attorney on May 7th further brings into question the right of The Botswana Gazette to seek the advice and protection in terms of the constitution to its right to legal representation. The High Court has previously reprimanded the DCEC for being overzealous and acting contrary to its mandate when it arrested and detained the Attorney F. Manyothwane who was acting in accordance with his client’s interests and imposed damages in the sum of P150 000 (of tax payers money) against the DCEC.

On the back of Salbany’s pending arraignment , The Botswana Gazette trio of Shike Olsen, Lawrence Seretse, Innocent Selatlhwa and Salbany’s Statutory Notices for unlawful detention and arrest are due to lapse within the next week thereby allowing The Botswana Gazette and its employees to formally institute proceedings at the High Court. 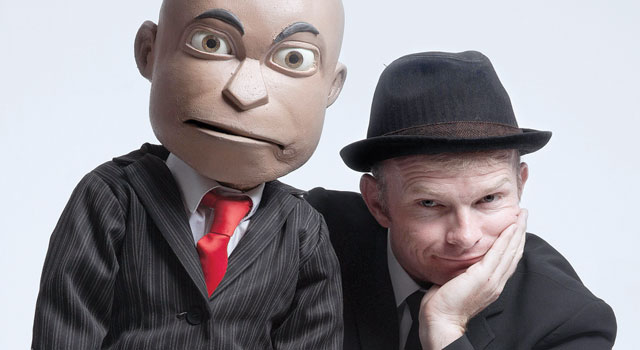