The existing gender disparities and unequal distribution of resources between men and women are believed to be contributing to the high numbers of women living in poverty and that of female-headed households.

Speaking at a recently held press conference on the upcoming International Women’s Day, Director of the Gender Affairs Department, Valencia Mogegeh said it was vital that both men and women equally benefit from available resources and existing opportunities regardless of their gender.
She said research has shown that women engage more on smaller businesses and at a subsistence scale while their male counterparts engage in commercial projects. Mogegeh said the research has also revealed that for all categories of projects funded by the Citizen Entrepreneurship Development Agency (CEDA) in 2012, there were significantly few women as compared to male beneficiaries, hence urging women to take advantage of availed opportunities.

She said the percentage of women was highest in retail at 37.2 per cent, followed by commercial property at 36.3 per cent. “Retail and commercial property had the highest Gender Parity Index (60 and 57 females per 100 males respectively) followed by manufacturing and services at 39 and 38 per 100 beneficiaries respectively.) Government has developed policies and programmes that address these disparities and women should see to it that they engage in projects that create wealth, not just subsistence income in an effort to break this vicious cycle of poverty,” she said.

She said while income poverty measures are generally based on household survey data where aggregate household based income or consumption data are used to calculate per capita income, the measures do not indicate anything about gender dimensions of poverty, including the unequal sharing of household resources between women/girls and men/boys.
“Because of several factors, including discriminatory social norms that restrict their right to paid work, their caring responsibilities and gender based disparities in labour markets, women either have lower incomes or are more likely than men to be without an income of their own,” she explained.

According to Mafhoko-Ditsa, women’s dependency increases their vulnerability to poverty in case of household dissolution, thereby reducing their voice and bargaining power in the homes as well as increasing their risk of domestic violence. Thus, she said policies should be put in place that will ensure women’s social and economic rights, including rights related to employment and decent work, social protection over the life cycle and an adequate standard of living. 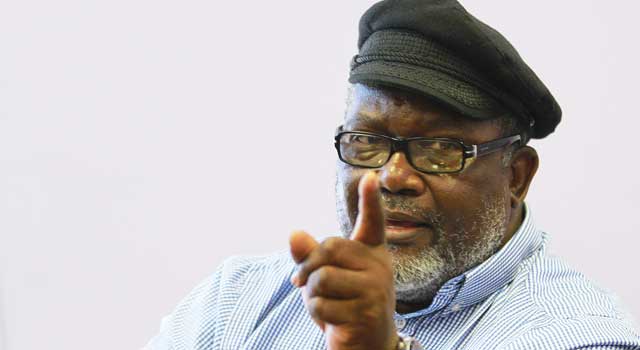