The Minister of Defense, Justice and Security Shaw Kgathi has vowed to crack the whip on refugees who routinely violate their refugee status by flouting the nation’s laws and residing outside their designated areas of residence.  Kgathi said his ministry will have no option but to invoke relevant provisions of the Refugees (Recognition and Control) Act and revoke the status of any refugee who continues to violate the convention and the laws of the country.
He was responding to a question by Nata-Gweta Member of Parliament Polson Majaga who wanted to know if the minister was aware that a sizeable number of refugees at Dukwi were engaged in businesses in and around the refugee camp while some of them have moved out of the camp and now reside in the village. Majaga also wanted to know if these activities were not against the spirit of the establishment of the Dukwi Refugee Camp under the auspices of the 1968 Refugees (Recognition and Control) Act, and also for the minister to state measures to be taken to correct the situation.
In response, Kgathi said he has since directed the Refugee Advisory Committee to start implementing the relevant provisions of the Act for repeat offenders as may be submitted by the Settlement Commandant. He added that it was brought to his attention that there are some refugees who often reside outside the camp contrary to existing encampment system and the Refugees Act CAP 25:01.
“However, regular sweeps are conducted by my Ministry in collaboration with the Immigration Department where identified refugees are taken back to the camp. Regarding refugees who reside in Dukwi, it has to be noted that 154 former Angolan Refugees were reintegrated into the Dukwi community in 2000. I would not dispute that some bonafide refugees may take cover under those who were integrated into the Dukwi community”, he said.
He further said the refugees were grossly abusing their trading and hawkers’ licenses to sell household wares and farm produce, which makes it difficult to account for their whereabouts and security outside the Camp. This resulted in the moratorium on the issuance and renewal of licenses since August 2009. Other measures taken by the Ministry in response to regular violation of the Refugees Act and the encampment system according to the Minister include addressing of public meetings of refugees in the Camp about the importance of compliance to the Refugees Act; other laws of Botswana and the provisions of the 1951 Convention relating to the status of refugees; holding Kgotla meetings in the neighboring villages to sensitive locals about the requirements of the Refugees Act in relation to controlled movement of refugees as Batswana are seen to be motivating migration out of the Camp by providing employment without necessary permits at times.
Kgathi also said the Ministry has started consultations on the review of the Refugees Act with a view to entrenching the system of encampment in the Act, in a balanced manner with basic provisions of the Convention on the status of refugees. 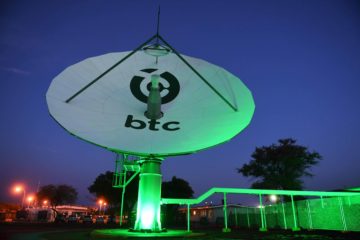