Gaborone United’s management team has denied reports of a rift between themselves and three members of the playing staff. Tebogo Sembowa and Jackie Mothatego have been out of first team action for the past three games, their absence has led to speculation that they have a rift with the club’s management as well as the technical team.

Their last involvement was in the game against BMC on March 22, and though  the players have been training regularly their failure to be in any of the last three match day squads has raised suspicions that there could be an irregularity in relations between both parties.

Mandla Mgadla was also mentioned alongside Mothatego and Sembowa but he has since won over the technical team. He was involved in this past weekend’s clash against Extension Gunners. Mgadla and Sembowa are the team’s top scorers in the league this season with six and seven goals respectively.

GU’s secretary general Herbert Letsebe has denied reports of a rift between the players, management and the technical staff. He explained that only football related matters have kept the duo out of action.

“There is no truth in those rumours. The coach and the technical directors have brought an element of competition within the squad whereby no player’s place is guaranteed. It is up to all players to prove themselves and earn a place in the line up. Our technical team has never complained about Jackie and Sembowa,” explained Letsebe.

“Things are done differently now. People always expect certain players to be in the line up but nobody’s place is guaranteed. A lot of players who had not been getting chances are now being given opportunities but nobody is talking about them. All players are given opportunities based on their performances in training. This should not be linked to any false rumours about our relationship with players,” the Secretary General continued.

Letsebe gave examples about players who are now being given chances after being sidelined under the previous coach. The likes of Tumisang ‘Butcher’ Sekanonyane, Gosegonna Molapisi and the exciting prospect Obonwe Maome have enjoyed game time in the past three matches, something they had not been accustomed to during the course of the season. 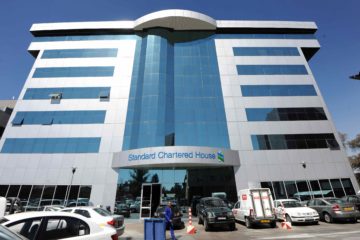