Bloemfontein Celtic midfielder Mogogi Gabonamong has revealed his intention to return to Botswana Premier League (BPL) next season. The South African Premier Soccer League (PSL) star has issued a come-and-get me statement to local clubs that are interested in acquiring his services as his contract is set to expire at the end of the current season.

In an exclusive interview with Gazette Sport, Gabonamong revealed that he has opted not to sign a contract extension with Celtic beyond the current season as he wants to return home. He joined the Bloemfontein based club from Supersport United in an 18 month deal during the January transfer window last year.

“I have accomplished what I aimed to achieve in the PSL and its time to return home when the season ends. My contract at Celtic will elapse in the next six months and I am ready to evaluate offers from any Botswana based teams,” he said.

Gabonamong also indicated that he has a rough idea of which teams he wants to play for, but has opted to assess offers from other clubs before making a final decision.
“I am very excited by the prospect of returning to the BPL. The plan is to play for two more seasons back home before retiring from football altogether,” he said.

However, he also expressed his desire to continue being involved in football in other capacities, adding that he was still exploring his options. He also revealed that he has always been following the domestic league as he has been in regular contact with most players in the BPL. Supersport’s previous coach Gavin Johnson once told local journalists that he regrets ever letting Gabonamong leave for Celtic, hailing him as a professional and versatile player. He acknowledged that his failure to guarantee first team opportunities for the experienced midfielder ultimately led to his departure to Celtic.

Gabonamong’s PSL background
Mogogi began his PSL career in 2006 when he was signed by Cape Town based side Engen Santos from Township Rollers. He became a mainstay in the club’s line-up for five years and even captained them on numerous occasions. In 2011, he left Santos to join Supersport United with whom he won the 2012 Nedbank Cup, his first major trophy in the PSL. After his exit, Santos was relegated from the PSL. Gabonamong quickly stamped his authority at Supersport and became a regular starter. His best at Supersport, also his most difficult, was in 2012/2013 when his first team chances were restricted in the first half of the season. However, the player fought back and reclaimed his place in the second half of the season, eventually becoming interim captain during Thabo September’s injury spell.  Gabonamong has named Gavin Hunt as the best coach he has worked under in the PSL.
“My best and proudest moment in the PSL was when I played alongside Dipsy Selolwane at Supersport United and we beat Mamelodi Sundowns 1-0 in a fiercely contested Pretoria Derby. That moment stands out for me,” said Gabonamong.

Gabonamong’s PSL records
He is the first Motswana to captain a PSL side in a major cup final (captaining Supersport United in the 2013 Nedbank Cup final against Kaizer Chiefs)
He is the joint longest serving Motswana player in the PSL (2006 – 2015), a record he shares with Diphetogo Selolwane (2005 – 2014)
He has scored for all three PSL clubs he has represented
With 186 games so far, he has accumulated the highest PSL appearances by a Motswana player.
First Motswana to be an official captain of a PSL Club (2009-2011 at Engen Santos.) 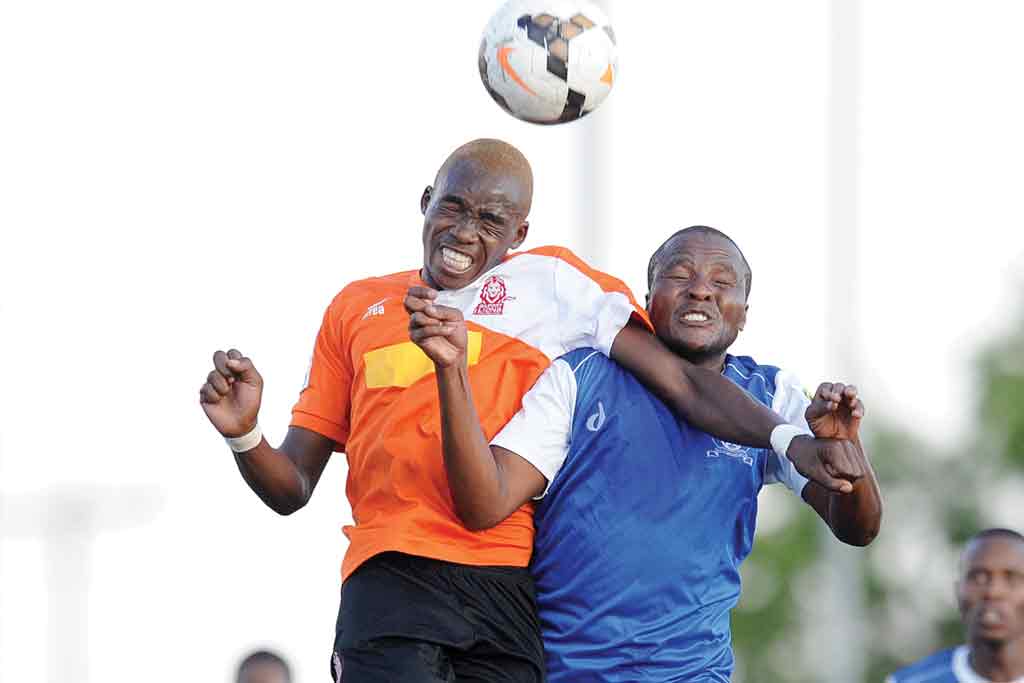