In any economic situation, there are losers and winners and the recent oil price plunge is no exception. In stark contrast to oil exporters’ tight revenue squeeze, oil importers are benefiting from increased spending power as a result of the falling oil prices. A negative supply shock is the cause of the changes in oil prices while its demand remains weak hence pushing the prices to historic lows. Is Botswana a winner or a loser?
Speaking about the implication of the falling oil prices on Botswana’s economy at Afena Capital Botswana’s press briefing on Tuesday, Econsult’s economist Bogolo Kenewendo highlighted three things to that effect. Bogolo reiterated the market dynamics of demand and supply at play, citing that available data suggests weak demand. The first effect has already trickled into the local economy, inflation dropped to an all-time low of 2.8 percent, which falls below the Central Bank’s target of 3 to 6 percent. Inflation is expected to remain below 3 percent for the rest of the year. The economist shared that dwindling oil prices will make it difficult to keep inflation within its target range, thus introducing the risk of interest rates dropping further and this will not help the current low interest environment that is negatively affecting the banking sector. Falling inflation will also affect consumers in that it will lower their expectations and cause them to spend more than is necessary.
The second implication, as highlighted by Kenewendo, is that of low prices of commodities such as coal, copper etc which make mining unprofitable. This forces mines to reduce production so as to bring down operational costs, the consequence of which is lost export revenue. Focusing her attention on coal, a resource considered to have considerable potential of generating export revenue and an ability to generate power for both domestic use and export, Kenewendo opined that at the current price of oil the Trans Kalahari Railway (TKR) project, which is planned to transport coal to export markets, should be undertaken immediately and within this narrow window of opportunity. She cited that it does not make sense to undertake the project at the current low price but at the same time if Botswana is to delay the project; by the time prices rebound it will be too late. She stressed that the world is moving away from coal, as evidenced by a deal between Russia and China on the generation of natural gas. Kenewendo warned that “If Botswana does not act before the Russia and China deal takes off, TKR will become dispensable. This is because the market as well as demand for Botswana’s coal will shrink, blunting the opportunity for its export. The reality is that Botswana and Namibia cannot afford to fund the project, which leaves the option of securing financing but who will fund a coal project?”
The final implication is with regard to agriculture, Kenewendo highlighted opportunities available to the agriculture sector as a direct benefit from the low oil prices. Farmers stand to gain from production cost savings, with specific regard to fuel costs. Gazette Business had interviewed Menato Koneno, a weaner production farmer in Xanagas, at a different instance to find out if the low oil prices are making any difference. Koneno explained that it is only a marginal cost saving but however said that if the situation for longer, it will have real impact. She revealed that prior to the oil price drop 25 litres of diesel, which lasts for two weeks cost her P280, but following the fall in fuel prices, she now purchases it for P250.

Mascom Top 8 final: Only one can triumph 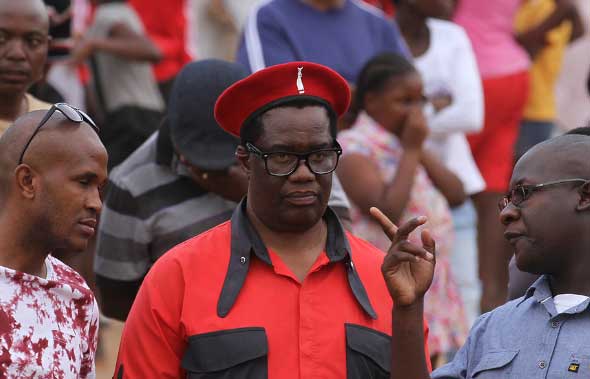