The member of parliament for Francistown South, Wynter Mmolotsi has confirmed that a number of aggrieved Botswana Democratic Party (BDP) youth have been calling him since Saturday to tell him that they want to join the Umbrella for Democratic Change  (UDC). The BDP youth had during the weekend convened at Masunga where they held their 29th national youth congress and elected their executive committee.

“I have been receiving calls since Saturday from some youths who revealed that they were in Masunga at the congress. They related their grievances to me and told me they were ready to join the opposition, preferably the UDC. I am meeting with some of them this week and all we can say is they are highly welcome at the UDC. We knew this was bound to happen at some point in time but we just had to let them be where they want until they realize for themselves that the BDP that we once so loved is no longer there,” revealed Mmolotsi.

He went on to say that what transpired at Masunga during the weekend came as no surprise to them as that is the way BDP’s current modus operandi.  He added that  it is very unfortunate to the youth who are there working tirelessly towards a better Botswana only to be let down by the party leadership which does not have the same vision.

“My advice to them is to decamp and avoid wasting more time. These are young people I know very well. We were together during our days at the BDP. They are very hard working and have a vivid vision of seeing a better Botswana realized but unfortunately that is not what the current BDP regime is striving for. We are more than willing to take them on board, and work with them to achieve their goals,” he said.

When contacted for comment, Thabo Autlwetse who lost to Andy Boatile for the chairman position,  a turn of events which sparked controversy, he said it is well with his soul despite the fact that he appreciates that some things were not done accordingly. “It is very true that most of the youth have been upset by the results of today and how things are being done within the party but I urge them to stay hopeful that someday the party will see the improvement of processes currently in place as a matter of urgency. We hope that someday the party will realize its true potential and adopt processes that are consistent with the expectations of its members to ensure that we have a happy membership,” he said.

He also advised that the youth should exercise patience as transformation does not happen overnight. As for his feelings concerning the processes adopted in the elections he indicated that it was long communicated to the party through the Secretary General in a letter, and the matter is before them to address. He revealed that the same structures that implement and conducted this past weekend’s  elections are the same that will be used for the elections of the Women’s league in April and the Central Committee in July and if they are not improved well in time, the same thing is bound to transpire.

As for Boatile, he revealed he was happy that the youth found it fit to vote for him again to continue where he left off. He revealed that the last two years he had made significant success in empowering the youth politically but this term he vows to shift his focus more on economic empowerment. As for the de-camping of the aggrieved youth, he explained that if they were to lose some it will just be one or two individuals but as for the many, they are just hurt and will eventually heal.

“This is just like in a funeral, when it is announced we all cry but at some point in time we stop crying, heal and move on. In our case as the leader I will take it upon me to ensure that counseling is provided and we are all healed and working together as one again. I have already called some of them and communicated with them that they will be called in to the committee to work with the elected team, but also if it fails at our level to contain the situation we will ask the leadership to intervene and help us restore things,” he said. 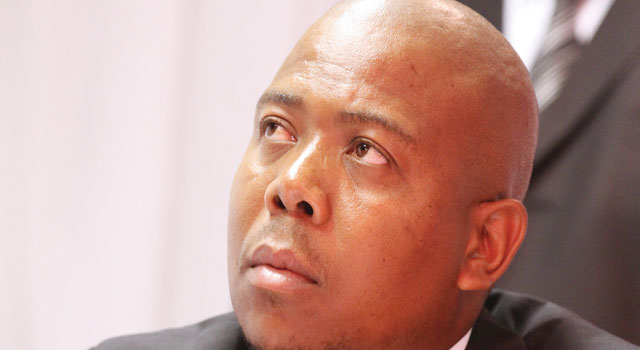