Confiding in out – going US Ambassador Joseph Huggins in  2005, Khama said Mogae, a career civil servant, spent too much time negotiating with Permanent Secretaries who treated Ministries like personal feifdoms; something he vowed to change upon succeeding him.

President Khama’s grip on the civil service and the judiciary was influenced by his view that former president Festus Mogae was too lenient and conciliatory, allowing some Permanent Secretaries to operate like their Ministries were their “own personal fiefdoms and were not working on behalf of government”.
This is according to a confidential communiqué written by former American Ambassador to Botswana, Joseph Huggins, to former US Secretary of State Condoleezza Rice in 2005. In the communiqué, Huggins details an array of views which Khama confided to him, chief of which was how he was going to do things differently when he succeeds Mogae.
In the communiqué which is dated July 22, 2005, Huggins says Khama was of the view that Mogae, a career civil servant, was overly lenient and favoured compromise with government institutions, ministries and civil servants who were underperforming:
“Khama felt that civil servants should consider government service as a calling and be more committed to serving the people of Botswana.  Some permanent secretaries, he claimed, viewed their ministries as their own personal fiefdoms and were not working on behalf of government.”
Continuing the discussion with Huggins, Khama pledged that upon becoming President “He would make gradual changes in the various ministries” by bringing on board his own “wise men and women” who were more results oriented. “This will disappoint some of the current people around him who would not be a part of this new group as he realizes that the current group want to use him for their benefit and not the benefit of the country” Reported Huggins.
He said Khama further told him that he was “not a politician but rather a military oriented man who focuses his attention on getting things done” and that as such “this contrasted with a politician’s approach which would be to please everyone to attract votes.”
On “widespread” public perception that he might curtail Botswana’s freedoms when he becomes president- an issue Huggins said he urged him to address, Khama is said to have replied that he was aware of the public perception, saying it was derived from his military background. He however said that he was “like his father, he believed in democracy and the rule of law.”
Huggins wrote that when he was quizzed about his policies as future president, Khama became reluctant to reveal them saying he did not want “to get in front of Mogae” as he was still President. “Khama said that when asked by the press about his future plans as President, he refused to answer the question because it would not be respectful to discuss his future leadership while the current President was still in office.”
Huggins’ communiqué could be the first corroborated account of Khama’s intention to consolidate his power over government entities and particularly the executive, civil service, the judiciary, military and other state organs which he has been criticized of having filled with his “friends” and “yes men” through out his tenure.
The same view was made when he appointed Isaac Kgosi Directorate of Intelligence Services (DISS) Director General and Abraham Keeatsabe Director of Public Prosecutions (DPP) among several key public service appointments he made.
Khama’s refusal to appoint Motumise to the bench and his suspension of four judges before that – is pointed to by analysts as proof that he is finalising his total control of Government by finally remote controlling the judiciary.
Huggins’ communiqué was based on a conversation which took place on his farewell call to Khama in July 2005, just three years before he ascended to the presidency. 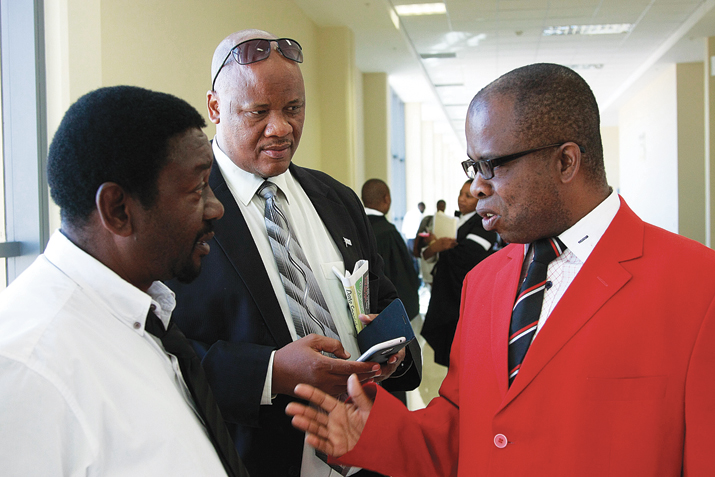