MASUNGA: Despite his party recording a historic decline of 47 percent of its popular vote in the last year’s grueling general elections, Botswana Democratic Party (BDP) President Ian Khama does not seem bothered by the development.

This followed the 2014 general elections results which reflect a massive decline in popularity since independence. The results indicate that the ruling party’s popular vote has been declining with 2014 elections registering 46.7 percent which shows a decline in popular vote of about 6.56 percent from 2009 general elections. In 2009, BDP registered 53.26 percent. However, despite this massive decline, the BDP leader believes that the percentage does not reflect what is happening within their party. Khama told the just ended National Youth Elective Congress (NYEC) that they should not be bothered by the records and  he believes that BDP is still the most followed party. “I do not care about this 46.7 percent which suggest that our popular vote has declined drastically because I know that BDP is the most followed party. These are just numbers which do not reflect the reality of BDP,” Khama said to the ululating BDP youth.

Khama added that while many political pundits believe that BDP fortunes are dwindling, this was only contributed to by the effects of Bulela Ditswe. “Our party’s fortunes are not dwindling, perhaps we recorded 46.7 percent popular vote because of our disgruntled members who wanted to revenge by voting opposition. Prior to our primary elections we managed to register 60 000 members which reflected that we could have won more seats considering the 800 000 electorates registered by IEC, so this shows that Batswana still support our party in large numbers,” stated the BDP President.

Besides that, he  is adamant that BDP members who voted for opposition were enticed by bribes. “Opposition managed to do well because its candidates were bribing those who show proof that they have voted for them,” emphasized Khama.

Political Analyst Dr Zibani Maundeni, when reached for comment was of the view that Khama might have made the remarks just to shift focus from the poor performance they recorded during 2014 general elections. “Khama may not care about the declining popular vote for now but as time goes on BDP will ultimately lose power because this has been happening in every general election,” he observed. 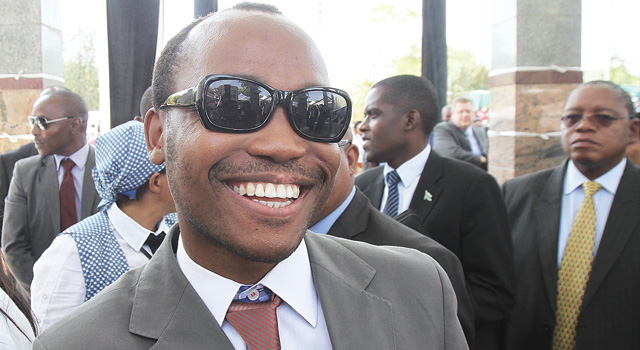