Gaborone United could be in hot soup for contravening the Botswana Football Association (BFA) rules because Letlapeng FC has reported them to the Botswana Premier League (BPL) for fielding a defaulter.

Letlapeng argued last week that GU fielded a defaulter when the two sides met in a league match at SSKB grounds early February. GU won the match 1-0. The player in question, goalkeeper Tumisang Selolwane was minding the goal posts in that encounter.

The Ramotswa outfit’s Chairman Sidney Magagane said they have evidence against GU which shows Selolwane was ineligible to play because he was loaned by the Gaborone club and returned without finishing his loan term.

“Selolwane was loaned to Mogoditshane Fighters in the current 2014/2015 season. GU recalled him before the end of his loan term. They were not supposed to return him nor play him in that match against us because he was ineligible as he did not finish his loan period with Fighters,” said Magagane in an interview.
Magagane said GU contravened  Article 22.18 of the BFA and should be punished accordingly. He said they sent a protest to BPL last week Wednesday. Part of the BFA’s Article 22.18 says that, “the loan period in any loan agreement shall be for a minimum of one season and the termination date shall be at the end of the season or on the 31st December. Upon completion of the loan period, the player shall revert to his club.”

“We did our investigations and we know he was on loan at Fighters and did not finish his one season term,” emphasized Magagane.
When asked about the Selolwane loan issue, GU Spokesperson Kabelo Brown was shocked to hear that Letlapeng had reported them to the BFA. Brown confirmed that Letlapeng made them a copy of their protest letter to the BFA. He said Letlapeng did not write to them anything but just copied them a letter to the BPL and the BFA.
Brown said Moyagoleele did not loan the player to Fighters but to a Second Division side Molapong Green Birds. He explained that they found out that the player was at Fighters and they recalled him because his loan deal has long expired with Green Birds, joining the Mogoditshane outfit was not part of the deal according to Brown.
“The player was eligible to play and he can still be used by the coach. He ended up on the wrong hands after the loan deal ended.  We are a very careful team and we will never compromise the rules of the game anyhow. We have a legal department and we always consult them before making any moves,” said Brown.
Selolwane has so far played two games for The Money Machine and managed to keep two clean sheets. He was dropped in Saturday’s Mascom Top 8 encounter against Nico United for first choice goalkeeper Goitseone Phoko. According to GU, Phoko was injured and had passed a late fitness test before the Saturday game. Dropping Phoko’s understudy raised further suspicions that GU are feeling the pressure of Letlapeng’s claim but Brown denied this saying the team opted for Phoko because he is their first choice goalkeeper and showed he was 90 % fit for the game.

“It is not because of the defaulter case. We opted for Phoko because he was fit and we wanted him for this game. We might still field our young goalkeeper for our next game because Phoko was struggling with injury in that top8 clash,” said Brown.
If GU is guilty, they will be docked three points and two goals which will then be awarded to Letlapeng. Moyagoleele could also be charged P1,000. 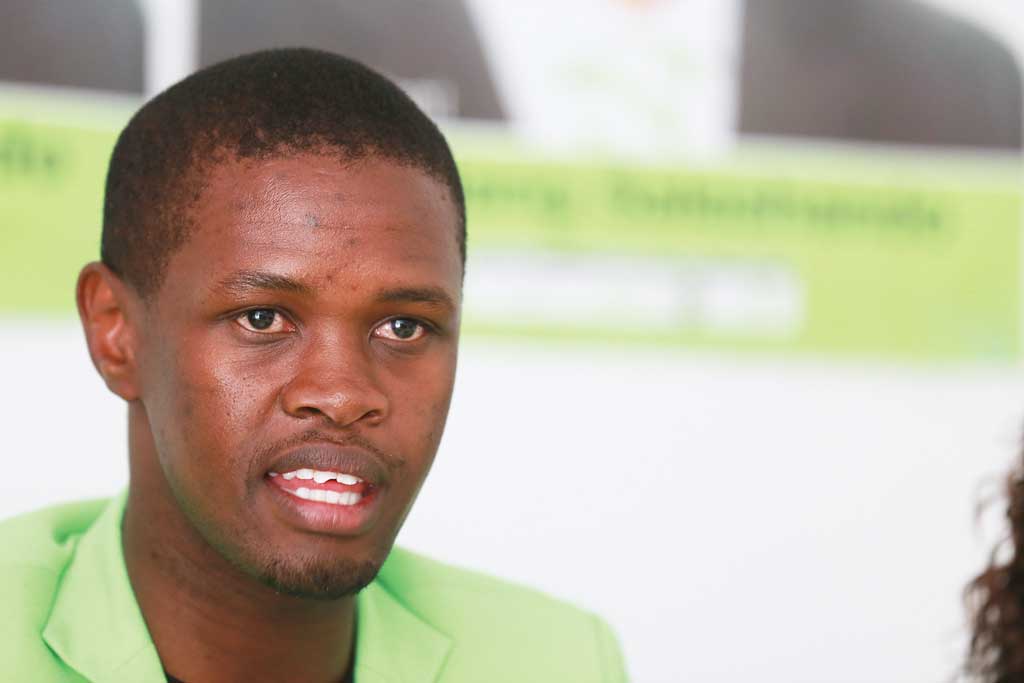