Letshego Holdings Limited Group, the behemoth Pan African financial services provider, has done it again. Over the last six month up to June 30 , 2015, the group has grown its loan book by 16% to P5.8 billion and profit after tax spiked 8% to P402 million.  The group’s cost to income ratio, company’s costs in relation to its income, remained stable at 28%, and defaults by customers remained within Letshego’s 3% maximum impairment threshold at 2.5%.
However, though there was good underlying growth in loans and advances to customers, the group states that it was impacted by the prevailing exchange rates as emerging market currencies weakened in 2015. The group cited as an example growth in their two largest markets outside of Botswana, Namibia and Mozambique, which were approximately 30% in local currency terms, however, when translated into Pula, the growth rates fell to 19% and 7% respectively.

Announcing the group’s half year results, Group Managing Director (MD), Christopher Low pointed to their 4-point strategy, launched early this year, as the group’s reason for continued success. With the strategy, the group looks to: diversify both geographically and in the customer and product mix; embrace financial inclusion; deliver simple yet workable solutions; and enhance access. According to Low, Letshego is actively growing its microfinance portfolio, which is a move by the company from its traditional and secure payroll lending model.   For the half year under review, the microfinance portfolio, according to Low, increased by 62% to P390 million, while the payroll portfolio grew by 14% to P5.4 million.

The drive to grow the microfinance portfolio has seen, over the last half year, Letshego purchase a 75% stake in a Tanzanian deposit taking financial institution which specializes in microfinance. Letshego is also in the process of acquiring another deposit taking outfit which specializes in microfinance in Nigeria. On a side interview with the group’s Head of Corporate Affairs, Mythri Sambasivan-George, this publication enquired about the group’s strategy moving into Nigeria, Africa’s largest economy given the cash based nature of the economy. While Sambasivan-George acknowledged the cash based status of the Nigerian economy, she, however, opined that the Central Bank of Nigeria was on an accelerated drive to shift the economy to electronic transactions. Further, Sambasivan-George pointed out that the outfit they are buying, which currently has 80 000 customers, will help Letshego establish a footprint in the massive Nigerian economy. “This financial institution will help us set foot in Nigeria, we will then inject into it the Letshego DNA and grow from there. It will save us a lot of regulatory hasssles as it has all the necessary licensing,” she said.

Quizzed on their readiness for the high risk of the microfinance portfolio, Low said they have strengthened their capacity by employing appropriate skills, they appointed new heads including those of Customer Experience, Risk and Assurance, Treasury, and Credit Risk. The payroll portfolio, which makes over 90% of Letshego’s loan book, will, according to the Group MD, remain the pinnacle of Letshego’s business. Low also pointed out that while they expand into new markets such as Nigeria to grow their microfinance portfolio, the payroll portfolio stands to benefit due to the sheer size of the public service in Nigeria. The numbers that Low shared in his slides pointed to Kenya as having the largest public service of half a million people among the countries where Letshego currently has a footprint. All the other countries, including Botswana had less than 200 000 public servants. But in Nigeria, according to the Letshego pre-investment assessment, the City of Abuja alone had over 2 million civil servants.
The group stayed true to its promise of distributing 50% of profit after tax as dividend to shareholders and declared an 18.5 thebe per share dividend. 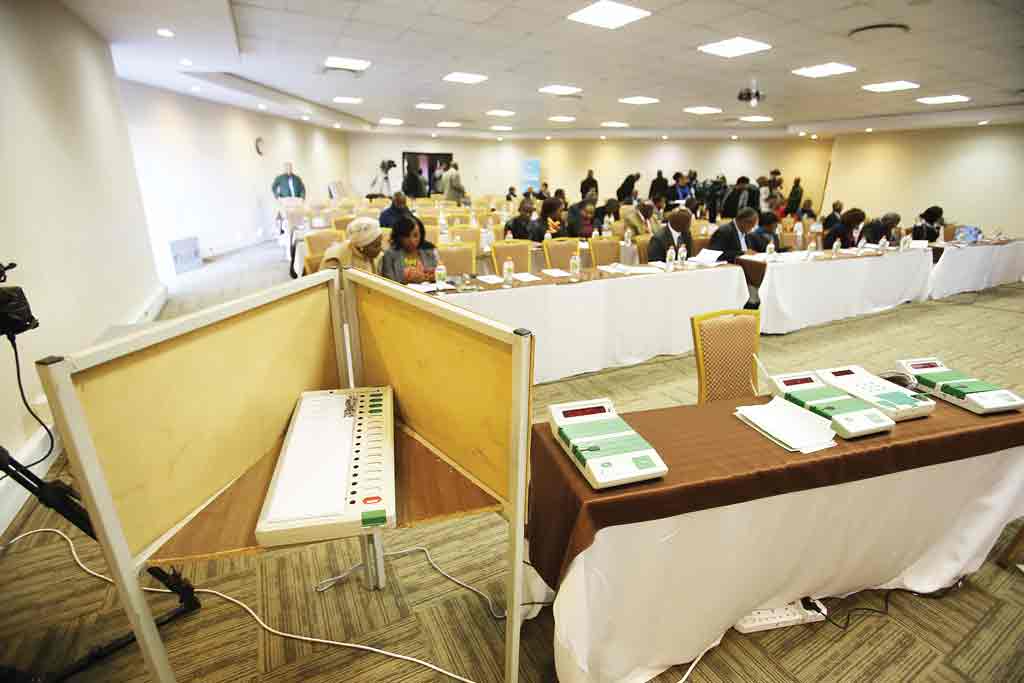