After weeks of speculating if Kgosi Lotlaamoreng II of the Barolong was earmarked to represent the Umbrella for Democratic Change (UDC) in the Goodhope-Mabule byelection billed for the 15th of August, the Kgosi has been officially unveiled as the unopposed candidate for the UDC.

Unveiling the name at a rally in Goodhope over the weekend, Jwaneng-Mabutsane Member of Parliament,  Shawn Nthaile said Barolong and structures such as the Village Development Committee (VDC) and churches have spoken calling for the Kgosi to represent them and are happy that he has finally been confirmed. “Let me also assure you that the right procedure was followed until Lotlaamoreng emerged as the confirmed candidate, it is a good thing that we have only one candidate when our opponents are still struggling to field a candidate,” he said. The Botswana Democratic Party (BDP) was expected to hold its primary elections on the same day, but they have since been moved to the 18th of July, the same day UDC President Duma Boko is expected to launch Lotlaamoreng. The BCP will be represented by Comfort Maruping in the constituency.

Nthaile said it was important that Dikgosi are voted into power so that they can fight injustice where they are rendered powerless while they are important in the community. Nthaile cautioned the voters that the ruling BDP would try and apply unfair tactics such as rigging the elections and buying votes with material things. “They will try to steal your voters registration cards, make sure that the voter registration cards are ready and that your national identity cards are valid in order for you to vote in Lotlaamoreng on the 15th of August,” he said.

For his part, Lotlaamoreng who donned traditional Botswana National Front (BNF) colours said he accepted the call to run for parliament as a candidate under the UDC so as to make sure the constituency remained under the UDC leadership. He urged all to forget the past and focus on the future and him as the future of the constituents.

Lotlaamoreng promised a powerful campaign and said he was giving the campaign team the right to have his name used by all who would be campaigning for him so they retain the constituency in the coming bye-election. “Let us all go out there, be free and say my name boldly to the constituents that I am the Goodhope-Mabule Member of Parliament in waiting under the UDC tag as we go to the polls on August 15,” he declared.

Another speaker, Dorcas Mothusi from BNF’s Women’s Wing said the unveiling came at a time when the UDC needed to retain the constituency by all means possible. She said it was surprising that for a long time the constituency had been under the Botswana Democratic Party leadership yet it was under developed. “We only managed to win the constituency as UDC in the past elections,” she said, adding that it was therefore important to have the caliber of Lotlaamoreng as a candidate to keep the constituency under UDC leadership.

The Goodhope-Mabule constituency fell vacant after UDC’s James Mathokgwane quit citing personal reasons before joining SPEDU earlier this year. It was the first time the constituency was won by any party other than the BDP. 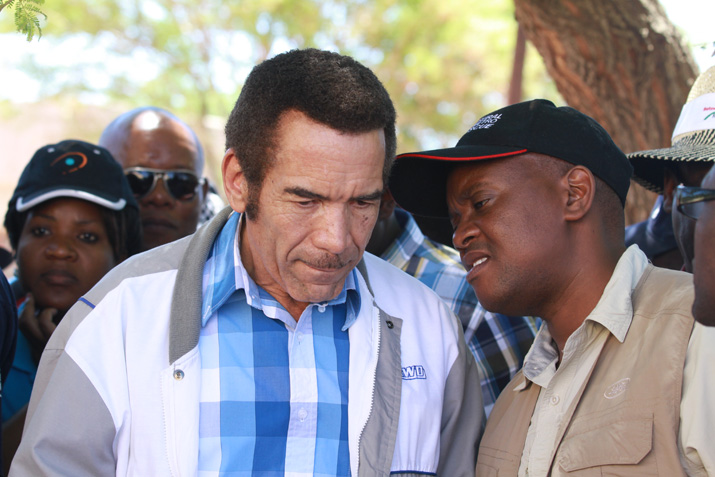