From a relegation struggler to an MTN8 contender, Polokwane City has transformed its fortunes to become one of the shining lights in the Premier Soccer League this term. The Limpopo based club is currently situated in the fifth spot on the log standings as they aim to qualify for next season’s MTN8 competition for the first time in their history.

The previous season they survived the relegation/promotion playoffs to preserve their PSL status. They are the surprise package of the South African league this season with only four points separating themselves and fourth placed Soweto giants Orlando Pirates. The two sides will meet on Saturday and a win for Polokwane would see them a point closer to Pirates on the log.
City’s most consistent performer has been Botswana’s long serving goalkeeper Modiri Marumo. He started the season on a low note as he missed the first eight league games owing to work permit issues. During his absence, Dino Visser was the club’ s first choice stopper.

Polokwane won only once in eight games during Visser’s spell, they were languishing in the relegation zone after a poor start to the season. Marumo returned to action against Bidvest Wits and recorded a clean sheet in a 2-0 win. His side is yet to taste defeat during his appearances, in total he has played in 10 matches and won eight while also collecting two draws.
He missed only one game since his return, his side was thrashed 5-1 by University of Pretoria as Visser deputized him. The experienced keeper has assumed the first choice position as he aims to lead his club to their best ever PSL season. He is one of only four goalkeepers who have kept a clean sheet against Kaizer Chiefs so far this season.

Marumo told Gazette Sport that their detailed preparation for each match, team spirit and coach Kosta Papic’s attacking philosophy all contribute to the team’s performances. “We prepare for our opponents with the same intensity, we respect every team but we also focus a lot on how we can beat the opposition as opposed to assessing their strong points. The coach has an attacking philosophy based on attacking football and he always urges the team to stick to it regardless of our opponents. Another strong point is the unity within the squad, we are all aiming to qualify for next season’s MTN8,” said Marumo. 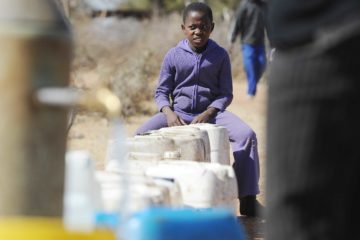