Soulful house act, Mi Casa has broken new ground as a house groupafter the success of their debut, self-titled album selling more than platinum status in South Africa. The group has announced that  their second album Su Casa has just reached platinum status after only a few months from its release.

“Mi Casa has just broken platinum sales on their second album Su Casa. This milestone comes off the back of just one single release – the incomparable house anthem ‘Jika’. Although having been released for almost 5 months, the strength of the single doesn’t seem to be dying down in any way. It has been the most played song on radio for 13 weeks and counting. Having topped charts across most local stations as well as on BBC Radio 1 Xtra in the UK, the dance craze that it spawned has continued to keep dance floors alight,” said the PR Coordinator of Red Flag Design and Marketing, Heston Thomas in an interview with Time Out.

Mi Casa’s second album has reached number 1 on Musica sales charts and on iTunes, becoming the most downloaded South African  album within 12 hours of its release.
The trio’s manager, Allan Nicoll, said in a South African publication, “In this digital world, it’s a tremendous achievement for any artist to achieve such strong support via CD sales. “We are over the moon and now aim for double platinum.”
Having just come off their African tour that took them to Nigeria, Tanzania, Swaziland, Zimbabwe and headed for Botswana on the 20th of December, these platinum stars say that they are ecstatic to be able to enjoy this success so soon after the release of the album. 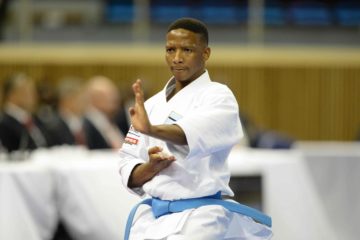