Former child star Aminoni Mojokeri popularly known as Mingo in music circles has reunited with Black Money Makers (BMM), the record label that paved his way to stardom during his formative years. Mingo who in the past  poured cold waters to allegations that he and Odirile Sentho a.k.a Vee were not ‘seeing eye to eye’, said he is currently in studio working on his next project with Vee. “I am excited about my reunion with BMM and am looking forward to my next project release,” the Tshaba tsotsi hit-maker revealed.

He said reuniting with Vee has already started bearing fruits even before his production is complete. “I quit smoking and drinking; I am now more focused on my work and determined to be a better person who will be a better role model,” he said.

In efforts to build a momentum towards the album release, BMM has embarked on a mini country-wide tour which will also sensitize the  public about the reunion of the two stars. According to Mingo, they (Black Money Makers) have a string of shows lined up starting
from Friday. “I am back at home with a bang and we have shows scheduled for Ramotswa and Maun starting this coming Friday and other shows will be announced with time,” Mingo highlighted.

Mingo who at the moment has five albums under his belt revealed that his next album which will be a mixture of genres will be produced by Bk Proctor of Basement Records and Dubblin of DNX Records amongst others. “We have not reached a final conclusion on which artists to feature and which other producers to include in the album production but I will definitely do collaborations with other artists,” he explained.

Reached for comment, multi-award winner Vee confirmed that indeed Mingo was back at Black Money Makers and that he was confident that Mingo’s next offering was going to be a hit with music lovers. “It is true, Mingo is back with BMM and people can expect nothing but good music,” he said, adding that his joint single with Mingo will be released late April or early May. “The release date of our joint single has not yet been finalized but I can assure the public that it will be released sometimes late April or early May.”

Pressed for details on why they separated ways, Vee stressed that contrary to belief that there was bad blood between them, they separated on good terms. “Mingo at the time felt that he had to be on his own feet to learn the industry and develop a backbone which he did,” the proclaimed father of house kwasa said. 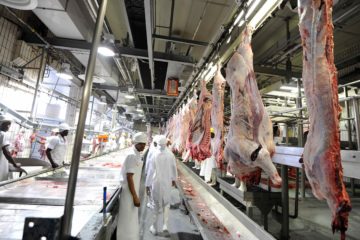