The Cabinet Ministers who have vacated ministerial houses that were provided by Government, as a Government move to provide room for High Court judges and judges of the Industrial Court are getting P13 500 housing allowance per month which is P1 500 short of the P15 000 basic salaries of the MPs.
Responding to the question from Kanye North Member of Parliament Kentse Rammidi last week who wanted to know the number of cabinet Ministers who vacated their ministerial house and how much was paid as housing allowances, the Minister of Presidential Affairs and Public Administration, Mokgweetsi Masisi said 11 ministers have moved out of the ministerial houses.
“They are paid housing allowances at 75% of the market rental value for the current Ministerial houses which is approximately P13 500 per month. The decision was based on the current Green Book,” said Masisi in his response.

MPs are querying what they see as extravagant amount as well as its timing.
MP for Kanye North, Rammidi said it might be appropriate to pay cabinet ministers that kind of allowance but his concern is that government cannot only cater for ministers and leave the whole nation behind.

“Let us know that this nation also needs to be paid well. It cannot only be done for a chosen few. The civil servants have been suffocated by their salaries and nobody has taken any action but when it comes to ministers the government is quick to take action.

“Why didn’t the government anticipate that the judges will need houses? Why can’t this be extended to judges as they look for houses and the government pays them housing allowances?” he said.
Rammidi said he was sick and tired of being referred back to the Green Book whenever he wanted answers on an issue. “I have asked for a law that created the Green Book. I have a problem with this Green Book as it seems independent of Parliament! It gives the president power to choose who he wants to give allowances to. We cannot allow platforms that allow such things. I think that we cannot have one person deciding what allowances are good for ministers. Ministers are public officers, let parliament decide what they have to be paid. If we allow these kinds of things to happen now, what are we going to say if tomorrow the president decides to give the ministers allowances that exceed their salaries? Ministers’ privileges should be set by Parliament,” Rammidi said emphatically.
The Kanye North legislator further expressed discomfort that the move was done in an election year. “What worries me most is that no follow-ups are made. It will be wise to have such kind of information to say a certain minister is renting a certain house,  in a certain location and paying this amount for rent. This is public money and it must be accounted for,” he added.
Francistown South MP Wynter Mmolotsi said it was surprising that ministers are getting an allowance close to MPs basic salary.

“It is not even considered how many of these ministers have houses in Gaborone and the surrounding areas. The fact of the matter is that these Ministers will now move to their houses and use the allowance for their own benefit. It is election year and obviously this will boost the ministers’ election campaign coffers,” he said

“I do not see how civil servants allow this, clearly it shows that people are not treated equally in this country and I can tell you this will now make civil servants demand salary adjustments,” he said. 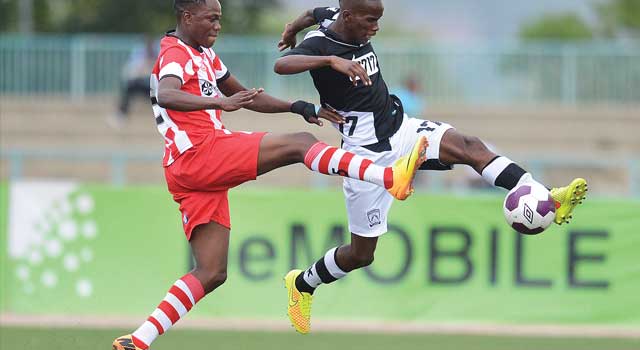