Botswana security services are said to be on high alert since the accident that claimed Umbrella for Democratic Change (UDC) Secretary General, Gomolemo Motswaledi. It is understood that security in key areas has been boosted most notably at Gaborone Dam as there were fears that some people would poison the water. The source would not divulge who was thought to be a threat but said alarm was raised when UDC Youth League announced their intention to hold nationwide demonstrations over Motswaledi’s death.

The Botswana Gazette was last Thursday made aware of increased patrols by heavily armed personnel at the Dam. The armed security officers, according to the source, are from the Directorate of Intelligence and Security Services (DIS).

Attempts to access Gaborone Dam by The Botswana Gazette team last Thursday resulted in some frantic activity that gave credence to the allegations. When the team arrived at boom gate No. 2 at the dam, they were prevented from entering by two Nynex Security Services personnel and upon calling the Nynex Headquarters were told to wait for the manager. The team left and headed to boom gate No. 1 where they were informed that they needed to get a permit from Water Utilities Corporation (WUC). On the way back past boom gate No. 2 there were armed Botswana Defence Force (BDF) personnel at the boom gate along with a Nynex Security services vehicle.  It has since been established that the Nynex Security Manager was accompanied by some members of the BDF, police officers and other men in plain clothes, all of whom demanded to know the registration numbers of  the vehicle driven by The Botswana Gazette team.

The team left the dam premises and went to WUC and obtained a permit to access the dam. Armed men were spotted lurking in the bushes.
“There is worry that some incensed person might try and poison the water to cause chaos” the source said, adding that Botswana Television had also seen an increase in DIS personnel at its premises. It is further understood that riot police and members of the Special Support Group have been put on alert and will not be allowed to take time off until further notice.

Nynex Security manager, Ishmael Talibona said the DIS never inform them of their patrols. “We do not monitor them,” he said, adding that they (Nynex) have limitations.
BDF Director of Protocol and Public Affairs, Colonel Tebo Dikole has denied having special arrangements for Gaborone Dam but said they have key strategic areas of patrol. Dikole further claimed ignorance on soldiers who rushed to boom gate 2 after The Botswana Gazette team.

I hear they are coming to get me - Bayford 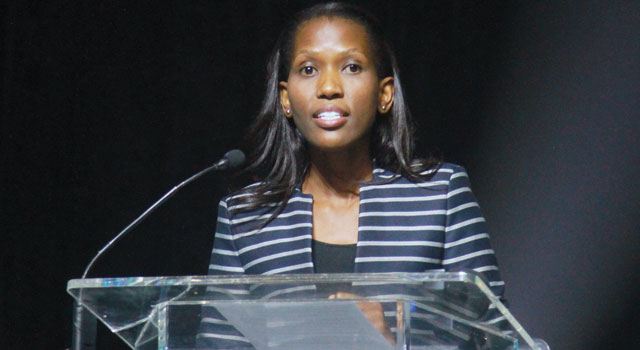