The National Development Bank (NDB) was established under an Act of Parliament in 1963 and with a mission to provide innovative financial products and services which promote economic development of Botswana. The Bank is wholly owned by the Government of Botswana and operates under the control of a Board of Directors appointed by the Minister of Finance and Development Planning. The bank has been guided by a three year strategy, Thobo 2014, which among its key tenets is the privatization and commercialisation of the bank. Having lapsed in December 2014, Thobo was replaced by the Maduo Strategy, another three year strategy which intends to build on the gains of the Thobo 2014. According to the strategy brief, the strategy is aimed at positioning the bank to leverage on ‘mastering the basics to deliver high performance’. Through this strategy, the bank aims to raise the bar and execute high-yielding initiatives that will enhance the creation of customer and stakeholder value, and incisive business growth. Of this treacherous commercialization territory that the bank is charting, how are they doing? With commercialization, if you are ambitious enough and want to raise serious capital, you have to go public, which means listing on the Botswana Stock Exchange. And that is the exact path NDB has chosen. Now, to comply with section 3.23 of the BSE listing requirements, the bank should publish its audited financial statements six months after the end of each fiscal year. The latest results, for the year ended 31 March 2013, are yet to be published. They were due at the end of September, but the bank could not meet the deadline, instead pushed the deadline to the end of November 2014. This deadline was still not met and was extended to the 31st of March 2015. Still, this deadline was not met. And why? Gazette Business sent a comprehensive questionnaire to NDB and in response to the questionnaire, Brian Ketshabile, Marketing and Communications Specialist at NDB, pointed to the core banking system that the bank purchased in preparation for commercialization as the main reason. He said, “As with most systems, there were teething problems with adapting the system to the organization. The system captured much more variables than the bank’s old system captured and to satisfy the new system, a forensic audit had to be carried out. That’s what delayed the results.” End of March 2015 marked an end of yet another financial year, so two financial years reports are pending. However, Ketshabile assured this publication that the audit was done and financial results have been submitted to the regulator, Bank of Botswana, for approval.  This reporter made part of the entourage invited by the bank to tour farms it supports in the Ngwaketse area. When briefing the media party before departure, NDB Chief Executive Officer (CEO) Lorato Morapedi, mentioned among the highlights of the bank’s performance over 50% of the bank’s loan book having gone towards agricultural projects and more importantly, announced an asset base of P1.1 billion as at end of March 2014. This, she boasted, is an over 200% growth since fiscal year 2002/03. The bank’s annual report for the fiscal year 2012/13 pegged the bank’s asset base at P1.4 billion, which means the bank’s assets have dropped P300 million in that one year. Ketshabile did respond to the question on the reduced balance sheet, preferring to leave it for his superior, Harry Marks, who did not respond at all to this publication’s questionnaire. The P1.1 billion balance sheet is a sneak peek by the NDB CEO into pending financial results of the bank, but given that a full financial year transpired since end of March 2014, does that P1.1 billion asset base still hold? Whatever time NDB releases its financial results, after three unmet deadlines, it would be good to see what the numbers look like. 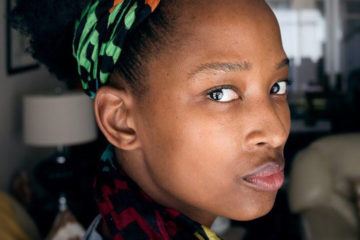