Notwane on the brink of disaster

In 1965, a club trading by the Notwane Football Club was formed as one of Botswana’s first football teams in the capital, Gaborone. The side went on to form part of the first five teamed Botswana Premier League (which was back then referred to as the MLO Cup), alongside sides such as Tlokweng Pirates, Black Peril, Queens Park Rangers and a team from the Ngwaketse district.

Despite having endured a series of blows over the years, 2015, the year which sparked its 50 years of existence, the Toronto Boys have suffered their major setback to date as they were relegated to the Debswana First Division for the first time in the club’s history.

Notwane, who enjoyed the stint of being the only Gaborone side not to bite the dreaded relegation dust, after both Gaborone United and Township Rollers disastrously fell to the lower tier in 2000 and 2002 respectively, had previously been able to dodge the “humbling axe” albeit finishing 14th on the 2012/13 log standings.

Toronto were fortunate to win favor in the sight of the Botswana Football Association, following a saga which included Police XI and Security Systems failing to pay the annual subscription fees with their regional associations, hence Notwane getting the nod back into the elite league.
Sechaba’s demotion to the Premier League feeder division was a slow burn of disappointment which started several years ago; the club has since revolved from a league winning side to a bottom half outfit.

Furthermore, one would have to look back as 2007 Orange Kabelano Charity Cup (now Barclays Kabelano Charity Cup) since the last event the “once upon a time giants” shelved any piece of silverware while 1998 separates the black and gold from league success.
One of the key factors that have went a long way on impeding on the side; notwithstanding the club’s “bankruptcy” state, has been the transfer policy of the team.

Over the years, Notwane has produced some of  the best players to set foot on local grounds, players such as the Moloi brothers, Galabgwe Moyana, Mompoloki Sephekolo, Gobonyeone Selefa and Tshepo Molefhe to mention only a few. From all the galaxy of young stars that have dawned the traditional black and gold color the club has always failed to replace sheer talent through their development ranks as well as struggling to make any major signings.
According to one Notwane legend who also shared the field of play with some of the departed stars, the change of personnel assigned to monitor the junior ranks could be brought to fault for the club failing to produce the same quality of players as compared to the past years.

“There is not much change in terms of the policy in the development; I think the only difference would be the change of coaches. If one was to look back, guys like Galabgwe (Moyana) and Kenamile Mane (both players helped Mochudi Centre Chiefs secure the league title this season) came under Chris (Radalago) while Pontsho, Dirang (Moloi brothers) Shoes (Gobonyone Selefa) and the likes were products of Lawrence Phiri,” said the club legend.
The club’s chopping and changing of coaches over the past season has contributed to the side’s downfall. Since the departure of the late Banks Panene, Notwane has joined the trend of coaching changes in the Premier League. In the 2014/15 season ‘Toronto’ saw three different gaffers seat at the helm of the side.

The relegation spells nothing but more woes to the miseries of the club, especially at a point where Notwane Football Club seems to be headed down the cliff.

Gazette Sport took time to introspect the club’s current state, which remains low considering their latest fate and what their participation in next season’s First Division South has in store.

After ‘some’ part of the club took the decision of taking the Botswana Football Association (BFA) to the court of laws in the quest to see the play off fixture against FC Satmos postponed last week, the team stands to await a slap from the local governing  body of football.

An act from the BFA Play Rules & Regulations, Article 12.3 states that, “Any affiliate of the BFA which refers a dispute concerning a game of football to the Courts of Law, ignores orders and decisions of the Disciplinary Committee and/or the National Appeals Board or persistently repeats acts which have been previously punished for shall be guilty of misbehavior and liable to a fine not more than P10, 000.00 and docking of points. Furthermore, the club may be liable to a suspension from the BFA for a period of not more than 12 months.”

This leaves the side at a high risk of suspension by the BFA or the docking of points next season in the First Division. It is believed that this is a repeated act by the club as they once took the BFA to Court in the early 90’s.

Participation in the lower league also brings the reality of Notwane losing most of their current crop of players. Players such as striker Lemogang Maswena and Emmanuel Masisi amongst others are said to be on the wish list of some beMobile league clubs.

The deficit most sides have suffered as a result of relegating to the lower tiers has been the withdrawal of endorsements by sponsors. Notwane have for the past seasons battled with attracting sponsors on board and the demotion could spell current sponsors Metropolitan pulling out of the current deal while the difficulties of luring endorsers mounts.

Notwane on the brink of disaster 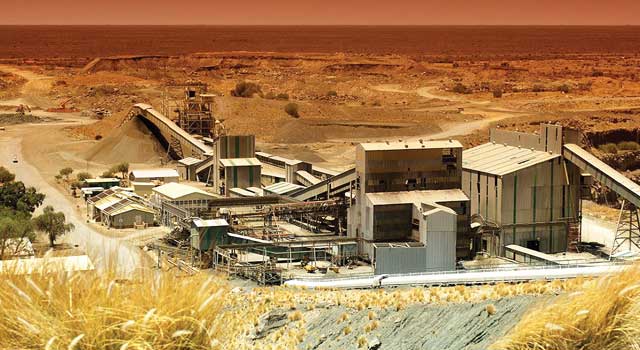