It  is on record that the Secretary General of FIFA, Mr Jerome Valcke, has now issued a stern instruction to Botswana Football Association, the BFA, an affiliate of FIFA like many other football associations around the world, in view of stopping the control by the Botswana Government of the infamous constituency tournaments.
We have always maintained that while grass roots football should be promoted, supported and carried out by appropriate institutions like the National Sports Association and Botswana Football Association, the constituency tournaments as currently crafted, are a populist, campaign strategy by His Excellency President Ian Khama in a way similar to his habit of parading poor people receiving donations from him on Btv, especially blankets for his political pleasure. In the same way, we do not have a problem with giving, the gifts and those who receive the gifts.   It is the hidden agenda and intention we prosecute the morality and rectitude of.
Just recently, a political colleague in the Botswana Democratic Party  (BDP) Hon. Botsalo Ntuane was reported in the media as having used these tournaments to campaign for the BDP, telling the unsuspecting electorate, many of whom are participants in these campaign tournaments, that they should not vote for opposition parties because they are against the tournaments. I wish he had the presence of mind that it was FIFA and it is regulations he had to address himself to in the first place and then visit our views in the next.
We have always known that the laws of FIFA are clear on who has to control football. It is FIFA through its affiliates, such as the BFA. They are clear that football cannot be controlled by politicians in their capacity as such and the executive arm of government. This conduct, which FIFA essentially accuses Botswana government  of in its letter to the BFA, is a classic case of interference and abuse of the people’s game for their political purpose. Operatives of the Botswana Government’s use of these tournaments to campaign for himself and the BDP is exactly what Khama and the BDP had in mind when they formed football structures outside of the BFA. We can not go around smiling when we are fully aware of this nefarious intent and enterprise.
This typical reckless conduct by the Government of Botswana has now come back to haunt and embarrass this nation. We continue to call upon the Botswana Government to leave football to football administrators at BFA and FIFA. Let it be left as simple as that. Let us allow the tired, old argument that government cannot be expected to pump money into football  and not control it for it is simply laughable and embarrassing. We have to note, with respect that Government is not the first and the last in the world to be expected to invest resources into sport, including football. The UDC government will be so expected to.  One then may ask, ‘what makes this to be one of the few governments which want to interfere with the running of football? The reason is simple again. We are one of the few countries with leaders absolutist and populist enough to lead governments that want to control almost everything around.  Government is, ultimately, through its coordination of national affairs charge, responsible for sport development through the relevant Ministry, football body and Botswana National Sports Council
(BNSC). This does not include controlling sport, it is a people’s enterprise for their expression and joy.  Sport cannot be controlled by ruling political parties under the guise of “government protecting their invested support.”
In any event, BFA, an organisation supported partly by government, has with government and national support, voluntarily agreed  to affiliate to FIFA and is therefore, bound by the rules of FIFA under the Law of Contract. If the Botswana Government and the BDP does not get its hands off  the football affairs of the country in general, the entire nation will suffer immensely since we will, as a nation, be banned from FIFA, all in the name of the populism of our national dear leader.
It is clear and threadbare that the administration of President Khama has the following few options which it must exercise as a matter of urgency before it is too late:   to let the BFA run the constituency tournaments forthwith; to let BFA retain the grassroots development intention and apply it as they see fit;alternatively, to abolish constituency tournaments forthwith.
We therefore call upon the BFA to advise the Government of the best option to take, for this would depend on a number of factors, including the BFA capacity to control the constituency tournaments, the effect of these tournaments on the current BFA leagues and the like. We must put this internationally embarrassing saga behind us as immediately as would protect the dignity of our nation.
As the Umbrella for Democratic Change, sports will be nurtured ardently as part of the national education and skills development agenda, all people with talents will be given the opportunity to be the best they can be so that they make Botswana great. Sports will also be elevated as an economic sector that should promote a positive image of Botswana internationally to support tourism and investment. No one will remain behind just by virtue of the fact that their is a sporting gift.
Gomolemo Motswaledi
Secretary General, Umbrella  for Democratic Change 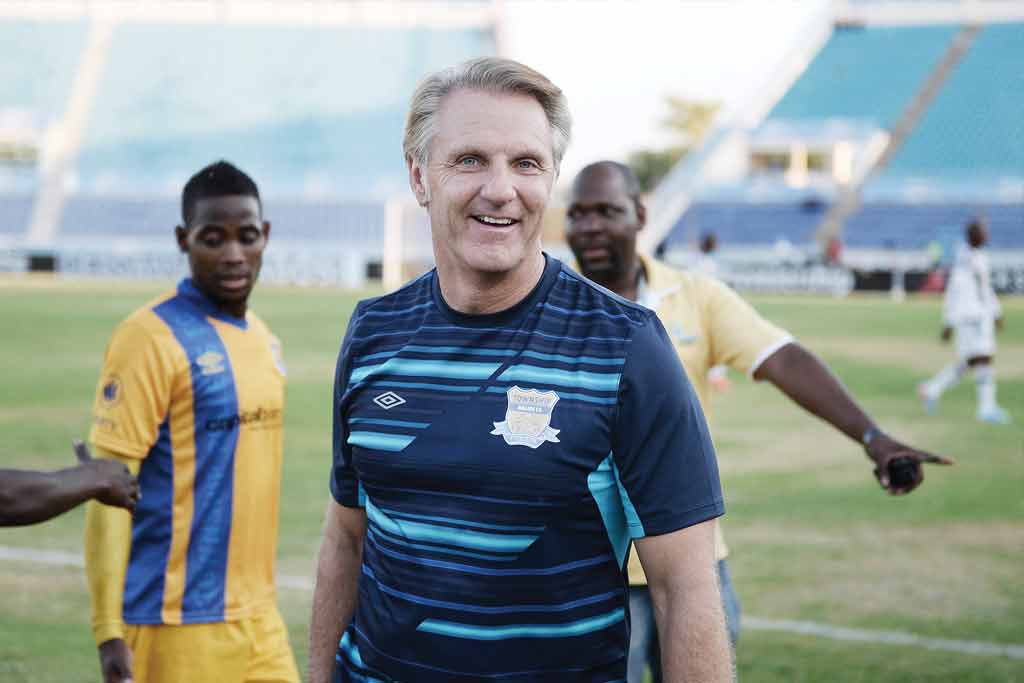