FRANCISTOWN: Extension Gunners head coach Pio Paul expressed displeasure towards his players for failing to rise to the occasion when they suffered a 1-0 defeat against their rivals Mochudi Center Chiefs.

Chiefs’ winger Lemponye Tshireletso’s solitary goal made sure that Gunners suffered a second consecutive defeat. In a post-match interview the Gunners tactician took a swipe at his players for failing to rise to the occasion saying that a game of that magnitude was motive itself hence his players should have been easily motivated prior to the game.

Further frustrated Paul highlighted his strikers’ failure to convert the chances they created in the first half. “We created some scoring opportunities in the first half but due to failure by my strikers to utilize those chances we lost the game, if they could have converted their chances we could have won or at least drew. In addition I did not like the way we defended. It was up to these players to rise to the occasion because they had everything needed by the player to get motivated during a game of that magnitude,” vented Paul.

On the other hand Chiefs coach Mike Sithole said they won the game because he planned well for the Gunners test. “Gunners knows that most of the time we use skillful players who hold up play and maintain possession most of the time but unfortunately in this game we confused them by using speedy wingers in order to destroy their defence. Ultimately Gunners got lost because they did not expect that play,” explained Sithole. 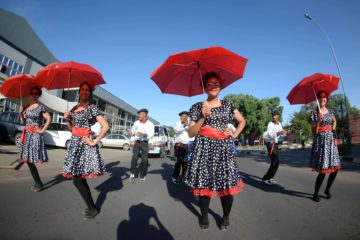