Premier Soccer League (PSL) club Polokwane City have finally released Ntesang Simanyana’s International Transfer Clearance (ITC) certificate, this will enable the midfielder to finalize his proposed move to Gaborone United.  The move was initially halted by Polokwane City’s reluctance to release the player despite their coach’s orders to offload the player.

This publication established that the transfer could have been concluded in January. GU’s Secretary General, Herbet Letsebe informed this reporter that they had followed the right procedures during negotiations but that  Polokwane Chairman, Johnny Mogaladi, halted the move at the last minute.
Information reaching Gazette Sport states that the chairman believed that the player did not give him a proper ‘goodbye’, and that he (chairman) wanted the player to personally inform him of his decision to leave. After being told he was surplus to requirements, Simanyana informed the team’s general manager that he wanted to leave.

The player was reportedly led to believe that the Chairman was aware of his situation, while in actual fact he was not. This angered the chairman as he claimed to have no knowledge of Simanyana’s desire to leave, thus resorted to halting the player’s move to GU despite both clubs reaching a consensus on a transfer fee.

However, he finally had a change of heart after the player wrote a personal apology to Mogaladi. This enabled the club to release the player as the Chairman had wanted the player to personally explain himself before allowing him to move.

“Our first action was to inform them about our interest in the player and they gave us permission to talk to him. We eventually agreed on a transfer fee as  everything had been sorted. Surprisingly the move was held up because of issues between the player and Polokwane’s chairman. We are delighted that this saga has finally ended; we   received the clearance on Monday,” said Letsebe.
The Footballer’s Union of Botswana (FUB) and the South African Player’s Union (SAPU) both played key roles in the mediation process. Kgosana Masaseng, FUB’s spokesperson, told this reporter that they are delighted with the outcome of the matter.

“We do not want to see players sidelined by such problems, it gives us great satisfaction to see players overcome such adversity,” said Masaseng.
The FUB played a vital role after forwarding the matter to the Botswana Premier League (BPL) and eventually involving their South African counterparts, SAPU. The latter’s involvement resulted in Polokwane City’s response and the eventual approval of Simanyana’s move to Moyagoleele.
Meanwhile, registration in the local league is expected to be completed soon as the BPL is already aware of the matter as well as the fact that the move was done during the January transfer window. Simanyana has been training with GU since his club gave him permission to negotiate a move in January.

“He has been training with us for a while now. He was obviously unsettled by the delay but he is in top shape; he is fit and his sharpness is there for all to see. We hope to conclude the process this week,” said GU’s Letsebe. The player’s transfer has reportedly cost GU around P160 000. 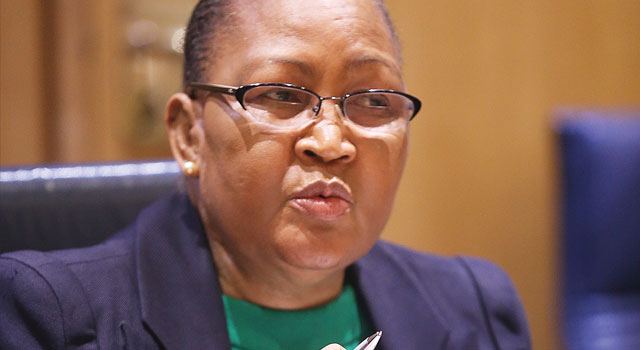