The Botswana Democratic Party (BDP) has prevented its parliamentary candidates from participating in the US Embassy sponsored nationwide debates organized by local radio station GabzFM. According to a parliamentary candidate who did not want to be mentioned, they received a message from the party office informing them not to participate in the debates. The SMS message to all BDP members of parliament reads, “To All BDP MP Candidates; you are kindly advised that as BDP we will unfortunately not participate in the GabzFM Parliamentary debates as we already have arrangements with another private radio station. You are advised not to accept invitation for debates from GabzFM”.

The candidate who is a sitting member of parliament, says he was threatened by a party official when he sought further clarification. “ I called a high ranking party official and asked if I can on my own volition participate but the official coldly told me that there will be dire consequences for me should I do that,” he said. The allegation of the threat was confirmed by two other candidates who say they also sought clarification as to whether the message was an instruction or a nonbinding advice.

The Candidates further complained that this could affect their campaigns negatively as it means opposition parties will be largely unchallenged, “the electorate might think we have no defence.”
GabzFM Programmes Manager Kenneth Moeng said they were not informed formally that the ruling party was not going to take part in their debates as they were kept abreast of preparations. “They were part of the planning meeting with GabzFM on the 5th of May 2014, in the presence of Lee Lesetedi (BDP), Forster Seretse (BDP), Thapelo Ndlovu (BCP), Joyce Disoso Pheto (UDC) and Reginald Richardson, Bay Tsimane, Bakang Israel all from GabzFM” he said

The GabzFM initiative is sponsored by the American Embassy. It is understood that the American Government is not happy with the state of Democracy in Botswana and initiated the debates- the first of its kind in the country’s history. The debates are hosted by GabzFM’s Reginald Richardson who is viewed by the BDP as hostile to their party. A source at the embassy said the gag order could be viewed as a snub of the American initiative and confirms their concern over the country’s democracy. The position of the party is at odds with the president’s support of freedom of speech and the role of the media in promoting democracy, articulated in last year’s state of the nation speech.

In a letter to the Botswana Media, on Press Freedom Day on the 3rd of May, the British High commissioner Nick Payne also expressed concern about the strength of freedom of speech in  Botswana and said , referring to the forthcoming elections, “ Citizens must be allowed to discuss and debate issues, to challenge their governments and make informed decisions. Open government and open societies enable states to function for their citizens and enable citizens to lead their own development. The media holds those in power directly to account for their actions, through interviews, investigative journalism and impartial reporting. These things can only happen if citizens and journalists are given access to information.”

BDP Publicity committee member MacDonald Peloetletse confirmed that the SMS was from the party. Peloetletse said they could not honour the GabzFM debates because their schedule clashes with their party activities further confirming that they will debate in the other 2 private stations, YaronaFM and Duma FM.

BDP released a press statement on their official Facebook page explaining why they were not part of the debate. “A monotony of the same thing does not serve the interests of the audience, electorates and our party. This is more so given that in some of the areas proposed by the said radio station has no reach, “it read in part. All three private radio stations reach the same areas in Botswana.

Duma FM Programs Manager Donald Seberane confirmed that they have had talks with the BDP, UDC, BCP and independent candidates who all promised to take part in the station’s debates. Seberane said the dates for the debates were yet to be communicated. This in contradicts Peloetletse’s statement that the GabzFM schedule conflicts with their party’s plans as Duma FM is  yet to finalise a schedule.

YaronaFM station Manager David Moepeng said they do not have any specific arrangement with the BDP. He however said they will begin their debates in August targeting only major towns and cities and addressing only youth issues.
The US Embassy in Botswana had not responded to a questionnaire at the time of going to print.

Chiefs not ruling out loan moves for Moloi, Mongala 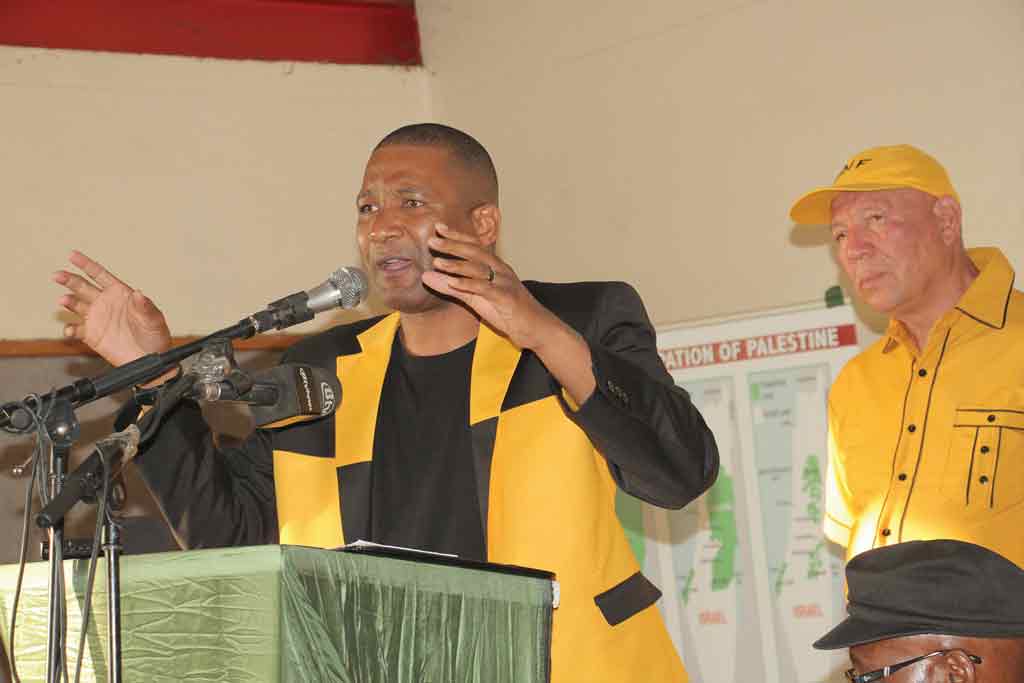