Political governance, as with other similar governance obligations is contractual. Parties and individuals are voted based on their promises, and are often voted out or in, depending on the extent to which they respect and keep these promises. Consistent with this, every year, the President, as the head of state, updates the nation on his government’s promises and challenges thereof. This process is termed the “State of Nation Address” (SONA). When correctly done, it must stipulate the legislative program, detailing what has been achieved and what not, challenges encountered and envisaged, and what to expect in the future.

In our humble view, this stately-occasion has been greatly watered down and is gradually losing its original intention and meaning to many Batswana at large. It has regrettably become a dais for the President to engage in rhetoric and self-praise, hate and blame, hiding behind the now monotonous mention of the 5Ds, which are only enforced at his sole convenience. This has been clearly evident by the rampant corruption and glaring arrogance perpetuated mostly by the President’s cronies; personalization of the presidency by the President himself, concentration of power and wealth in few hands, weak parliament in the midst of a too powerful Executive and President, too many policies but lacking implementation, harassment and impoverishment of the indigenous and disadvantaged communities, unproductive education system amongst others. Yet many people fail to make a connection between the shattering situations of their lives that we find ourselves entangled in and the political regime that presides over them.

We wonder how long Batswana are going to allow themselves to be deceived by the same people again and again, and yet remain helpless about the situation they can easily handle – vote the BDP out.
Paragraph 5 the president engages in yet another talk of rhetoric and covert deceit! “It is for this reason that my administration is continuously engaged with citizens from all walks of life, in every part of the country, about their concerns.” Only God knows who the President is trying to deceive! Maybe the international survey agencies, who might not even know where Ranyane is. Perhaps the President needs to be reminded that good governance practice can never be a product of surveys whose research design is purely chronicled around information from newspapers alone. More practical engagement with the constituencies involved is also critical. This is why many wonder how Botswana can afford to scoop 15th rank in civil liberties when is common knowledge that the Basarwa of Ranyane and CKGR are being harassed every day and their concerns taken for granted!

It would appear, the ruling government of King Ian Khama, finds pride in their harassment of Basarwa, scandalously choosing to ignore that even the poor in their poverty have the right and capacity to love not only themselves but also the land and the peace that surrounds it. They are not allowed the prerogative, like everybody else, to practice their love for the piece of land on which they proudly call “home”. And this is a country that was ranked 30 out of 148 nations in the world in 2012 (SONA, paragraph in Global Democracy Index. Anybody who condones this type of governance as to the extent of ranking it can be rest assured that they do not know Botswana.

Those who understand Botswana very well can bear testimony that there is more to know than what meets the eye. Where in the world does a President brag about “…a holistic transformation of society to meet competitive demands and changing needs” when graduates with first class are taken for cheap labour at his instigation? Where does one see a holistic transformation … in a society where workers are paid slave wages, and where a peaceful demonstration to communicate displeasure at such a barbaric dispensation is overly criminalized and given a complete blackout by the very same government that is ranked high in international surveys? Does this in any way reflect a characteristic that the surveyors care about the plight of poor Batswana?

The government must institute serious fora, not stage-managed Dipitso, that will afford us, as a nation an opportunity to pick ourselves up to start afresh, in a way that could restore the right to self-determination by our people.We believe that the best solutions to people’s problems can only come from the people themselves and what the best leaders could do is to facilitate this process.
Cde Jesus Mosokwe
Ghanzi North Constituency Secretary and Council candidate for Kgaphamadi Central Ward
EDITOR’S NOTE: The letter has been edited for length 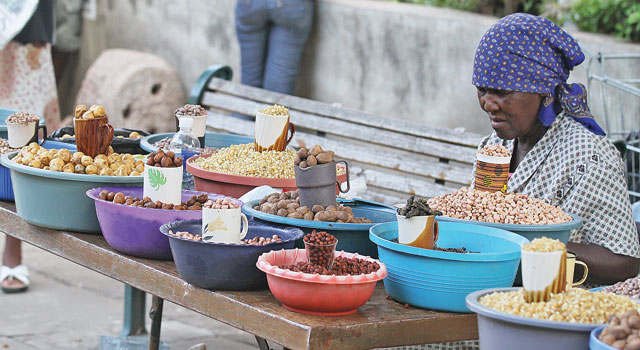