At least 1 117 people died in road accidents as of 1st January 2014 to date. According to
Senior Superintendent Dipheko Motube of the Botswana Police Public Relations, already 2016 has seen 401 people die, which is the average of people who die due to road accidents every year.
Motube further explains that a total of 16 702 road accidents were recorded for this year alone even though it has not yet ended. “In these 16, 702 crashes, we recorded a total of 314 fatal crashes in which 401 people died and others sustaining serious injuries,” he said.
This reflects an increase in accidents compared to previous years. In 2014 from 1st January to December, 16,717 road crashes were recorded, with 335 people dying in 265 fatal crashes.
In 2015 alone, 16 702 accidents were recorded; among them 381 people died in 307 fatal crashes.
“From the 401 lives lost this year; 115 has been drivers, 183 passengers while 103 were pedestrians. This statistic is evidence to the fact that road accidents continue to grow despite all the interventions that are put in place by the BPS and other stakeholders,” he explained.
The statistics also show that the number of cars is rising and that the population has increased, factors that correlate with the increase in incidences of accidents.
“Failure to obey traffic rules by drivers, inexperienced driving, youthful exuberance and drunken driving continue to be existing problems contributing to road carnages in Botswana,” Motube said.
He however said BPS together with relevant stakeholders had come up with initiatives and strategies in an attempt to address the crisis.
“The initiatives and strategies by the police, law enforcement agencies and stakeholders are in place, but they are of no good if the public or drivers don’t care and don’t take responsibility when using the road,” he said.
As long as people choose to ignore traffic regulations every day, Motube said, interventions to achieve zero road accidents will be futile,  “The painful truth is that all this accidents can be avoided, but that can only start happening when people take responsibility of their lives and of others while using the road or else we will continue to sadly loose people to road accidents.”
Minister of Transport and Communications, Tshenolo Mabeo had indicated on October 2015 while speaking at the National Symposium for Road Safety at the Gaborone International Convention Centre(GICC), that Botswana is recording the highest number of road crashes making it the second highest in SADC after South Africa.
“Our numbers may be small but so is our population so each life lost to accident impacts multiple other lives. Botswana has the second highest prevalence of road crash fatalities in SADC, he said.
The Global status report on road safety 2015 by World Health Organisation (WHO), reflecting information from 180 countries, indicates that worldwide the total number of road traffic deaths has plateaued at 1.25 million per year, with the highest road traffic fatality rates in low-income countries.

•    About 1.25 million people die each year as a result of road traffic crashes.
•    Road traffic injuries are the leading cause of death among young people, aged 15–29 years.
•    90% of the world’s fatalities on the roads occur in low- and middle-income countries, even though these countries have approximately half of the world’s vehicles.
•    Half of those dying on the world’s roads are “vulnerable road users”: pedestrians, cyclists and motorcyclists.
•    Without action, road traffic crashes are predicted to rise to become the 7th leading cause of death by 2030.
•    The newly adopted 2030 Agenda for Sustainable Development’s has set an ambitious road safety target of halving the global number of deaths and injuries from road traffic crashes by 2020.
Source: WHO

38 babies perish in Marina due to medicine shortage - claims 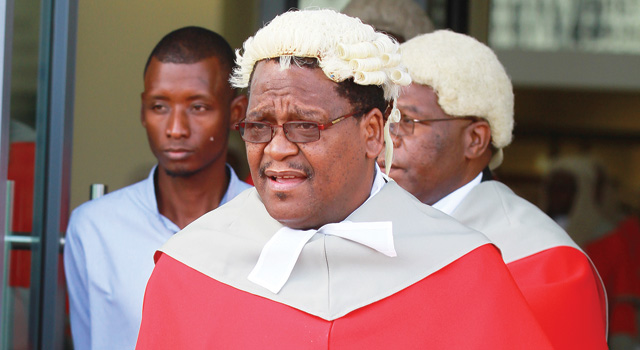