Botswana Congress Party (BCP) President, Dumelang Saleshando who has been quiet for some time has now resurfaced through a press conference on Monday morning where he expressed concern over the current water rationing exercise as well as power load shedding which he described as having reached unprecedented crisis.

The former Gaborone Central legislator slammed the Botswana Democratic Party (BDP) for being quick to label opponents political opportunists and burying their heads in the sand rather than engaging with the proposals made. “Botswana has experienced erratic power supply for the past seven years, whenever the power shortage escalates out of control, the BDP leadership through the relevant Minister makes a set of promises on how the crisis will be resolved and assures the nation that we are approaching a permanent solution to the problem,” he said.

On water, Saleshando said many parts of Botswana are without reliable water supply with the North South Carrier being prone to frequent leaks on account of the quality of the pipes that were used for its construction. “The BDP leadership was alerted to the suspected low quality of the pipes at the time when the pipeline was constructed but did not heed the call on account of political expediency. Furthermore, underground water continues to be underutilized and the continued use of pit latrines pose a threat to contaminating underground water resources in some areas,” he said.

Saleshando said the power crisis is escalating out of control stating that businesses encounter frequent disruptions to their operations and that families face long dark evenings despite many promises that have all been broken including a plan to supply the Bulawayo Power Station with coal from Morupule Colliery and in return get 50% of its output; purchasing a second hand Open Cycle Gas Turbine that can produce up to 180MW; Engaging independent Power Producers to play a significant role to supplement the BPC capacity; and fast tracking the introduction of Solar Thermal Stations.

Saleshando went on to present the BCP proposals on Water Resources which include making rainwater harvesting part of development control regulations and develop a timetable for constructing appropriate   infrastructure to capture rainwater for domestic and commercial use; promote the construction of small to medium scale dams that can meet demand for agriculture and domestic use in given localities; prohibit the use of pit latrines in areas identified as potential sources of underground water; and explore the optimal utilisation of water resource availed by the Chobe river and other rivers.

On energy, Saleshando called on President Ian Khama to address the crisis and set up an Emergency National Steering committee which he should head with different stakeholders in the power sector represented; Establishment of a fund that will assist households that wish to immediately convert to solar energy so as to reduce pressure on the national grid; engage companies with access to big generators to participate in minimising power disruptions for the business community; institute an immediate audit into Morupule B project to establish the reasons behind the delays in completing the project and its frequent breakdown and ensuring that those who may not have diligently executed their duties he held accountable; and availing funds for research and utilisation of clean renewable energy programs such as solar, wind and biomass and enroll the assistance of international agencies that promote the development of renewable energy. 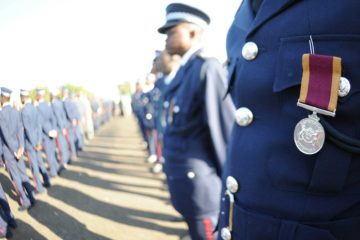