Local songbird, Samantha Mogwe will on the 19th of December perform alongside South Africa’s celebrated afro soul singer Zonke Dikana live at Botswana Craft from 8pm till late. The entrance fee for the show is P300 and tickets are available at Web tickets and Botswana Craft.

Zonke is an award winning singer, songwriter and producer who  incorporates elements of Afro-pop, house and folk music to her sound  and has won the Metro FM award for the best R&B song in 2004 as well as the Channel O Best Video award in 2005. After a hiatus from the scene, Zonke returned to limelight after the release of her critically acclaimed ‘Feelings’ last year which has earned her a position as one of the revolutionaries of the afro pop genre.
The delighted Mogwe shared with Time Out that, “When I heard about Zonke Dikana coming to Botswana, I failed to contain my excitement! I remember thinking to myself that I would love to perform alongside her, and if not, I would attend the show. Little did I know that I would be performing alongside her,” she said, adding that, “Zonke is a talented musician who seems to have created an authentic brand, maintaining her faith and staying true to who she is in the process. I feel quite honoured and privileged and I hope to speak to her and gain some insight on her journey.”

Commenting on how she is preparing for the show, the ‘Transition’ hit maker hinted, “Rehearsing with my band! That’s quite important as get to refine and make sure that we are well prepared for this show! Also mentally,  I am making sure that I remain level headed and calm despite my excitement so as not to stifle creativity!”
The show is expected to attract a younger and newer audience to the genre   which used to be reserved for the older generation. “People should expect live music that is a representation of passion, dedication, love and hard work. They should expect a performance! They should expect cultural diversity and great music,” Mogwe said.

Mogwe revealed  that  she will be performing Transition live but  declined to divulge  her entire  set list, saying “ it will take away the element of surprise, but what I can say is the set list will be authentic , soulful and from the heart.”
Zonke has worked as a back-up singer for Bongo Maffin and has also made hits for other musicians like Mafikizolo, Don Laka, Black Coffee and Guffy Pilane, among others. Lovers of dance infused soul music will undoubtedly enjoy Zonke’s music. 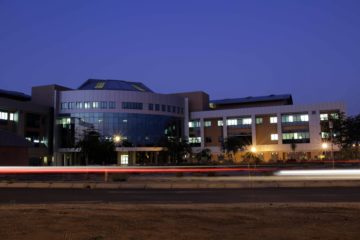