Mochudi Centre Chiefs goalkeeper Mompoloki Sephekolo will be sidelined for four weeks after a reoccurrence of his shoulder injury. The title-winning goalkeeper was nearing a return to first team action after sustaining the injury on the last day of the previous season but a relapse has delayed his return to full fitness.

Sephekolo’s latest shoulder injury is an inflammation of a tendon on his right shoulder.  The goalkeeper told Gazette Sport that the injury has been troubling him since last season. “I had been playing through the pain last season; but I managed to play more games because of pain killers that I used,” he said, adding that he is responding well to treatment and expects to return to full training after four weeks.

The 26-year-old stopper also revealed that he started training a month ago in a bid to regain full fitness but the latest injury setback foiled his plans. Magosi’s goalkeeper did not participate in any pre season game as he was advised to nurse his injury during the club’s pre season games.

He also expressed his eagerness to make a speedy recovery in order to impress the club’s new coach, Dragojlo Stanojlovic, who is yet to see the goalkeeper compete in an official or friendly game. “The first thing on my mind is to r egain fitness then I will set my sights on making sure I force myself into the coach’s plans. I can only achieve that by working hard in training so as to prove myself again since the coach has never seen me in action,” added Sephekolo.
Wrist, as he is affectionately known, has been one of the club’s most influential players in the past two seasons. He has helped the club achieve back-to-back league titles for the past two seasons. As the last line of defence, Sephekolo earned numerous plaudits for his performances; he was rewarded with regular call-ups to the national team this past year.

While his injuries have halted his progress in the national team, the likes of, Michael Pepukani and Mwampule Masule have moved ahead of him in the past months. The players are all vying for the number one spot that Kabelo Dambe currently occupies.

At club level, the goalie’s absence has been softened by the presence of his experienced counterpart, Raphael Nthwane, who has manned the posts in the club’s first four league games of the season. 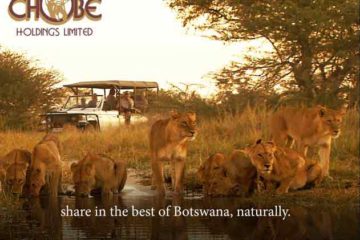