It’s nothing new for a president to make false promises to the nation. In the past there have been all sorts of presidential prevaricating and with the intensifying water shortage and power cuts due to the failure of the P12 billion Morupule B 600 MW Power Station, which has regrettably failed to meet its delivery deadlines since 2012, Staff Writer Lawrence Seretse examines the socio-economic ramifications of falsehoods publicly perpetrated by the Office of the President.

It is already public knowledge the statement rendered by President Ian Khama during the Botswana Democratic Party (BDP) 35th National Congress in 2013 about power outages has since then, not transpired. To be precise it was on July 5, in Maun and in his speech to the congress, President Khama assured the nation that the woes at Morupule B Power Plant would be a thing of the past by July 31st.  The statement has emerged to have been not only drearily misleading but also contributed to ominous repercussions that left the country’s economy on a downward spiral.

It was during his lengthy speech that Khama took a moment to address the power challenges testifying that “… I would like to state that I did visit the Morupule B Power Station, recently on 6 June 2013, and I am happy to observe that the construction and commissioning of the power station has been completed, and that substantial progress is being made by all parties concerned to finish the outstanding remedial works in order to release all four Units at Morupule B, a total of 600 MW to generate electricity into the national grid.”

He said further; “I have been assured that, barring anything unforeseen, the current accelerated programme of works between the contractor and BPC is aimed at ensuring that Batswana have power, and that blackouts come to an end by the end of this month.” That was two years ago and the problem seemed to have gone from bad to better and quickly slipped back into a red.

On the same note the President also confirmed that although the water situation is primarily a result of below average rainfall in the previous years the situation is made worse by the power interruptions that often make it difficult for Water Utilities Corporation (WUC) to pump and recover storage levels thus plunging the greater Gaborone area into a water shortage crisis.

The results of these inconsistencies, that some peddled further to win political seats in the 2014 general elections, reveal a disconsolate future with harsh consequences that threaten to bring Botswana’s economy to its knees if not remedied well in time.

Threat to Business
As the power crisis deepens, the embattled Botswana Power Corporation (BPC) issued a public statement this past week informing the public that the ongoing service interruptions are due to domestic generation capacity being constrained due to a forced outage of one of the four units (Unit 3) at Morupule B Power Station since 31st July 2015 resulting in a loss of 130MW.

“Currently two units (Unit 1 and 4) are in operation delivering about 200MW. The output of these units is restricted due to remedial maintenance on both units. The fourth unit (Unit 2), which has been on a forced outage since 13th June 2015, is expected to be back on the grid by mid-August 2015 barring the unforeseen. The prevailing supply shortfall has been exacerbated by the unavailability of power imports from our main suppliers (in the main South Africa and Mozambique) who are also experiencing power generation challenges,” the statement said.

Last year South Africa went through immense political pressure to cancel its power supply contract with Botswana.
This past week WUC spokesperson, Matida Mmipi publicly blamed some of her organization’s failure to adequately supply water on the power outages. She told the media that they could not pump water due to power cuts. Similarly, some businesses have bought back-up generators and this has made doing business very expensive in Botswana.

At this peak, this past week alone major businesses had closed shop as early as 9am owing to power outages, officers at the Game City Be Mobile shop have confirmed to this publication while areas such as Mogoditshane remained dark and very dangerous to drive through in the evenings.
In one of the reports compiled by Dr Keith Jefferies and Thabo Nemaorani of Econsult, the two economists pointed out that one of the biggest challenges to improved economic performance is the widespread electricity “load-shedding”, or power outages.

“This has been highly disruptive across the private sector, with inevitable implications for costs and productivity,” the report read.
Power outages have affected Foreign Direct Investment (FDI) and businesses have either closed down or retrenched a large number of citizens. In less than a year, a considerable number of diamond-cutting companies retrenched over 1000 employees and according to media reports, the industry employs over 3700. Companies that retrenched staff include Diacore (80), Mortiganz (100), Leo Schachter (100), Eurostar (100), Shrenuj (90) Safdico (30), Zebra (50), Tiffany’s (50) while Teemane (400) and DMB closed shop.  Although a majority of the factors are attributed to dwindling prices of rough diamonds and a lack of liquidity, coupled with water and power challenges the incidents leave a trail of unemployment and citizens in a state of poverty.
The Botswana Stock Exchange listed Sechaba Brewery Holdings Limited recently listed shortage of power and water as one of the factors that lead to the closure of its factory in Lobatse. 80 people lost their jobs.

Business Botswana’s (former BOCCIM) Chief Executive Officer (CEO) Maria Machailo-Ellis told Botswana Gazette that government has long been advised that no business can move forward without water and electricity. She mentioned hotels, saloons, hospitals, schools, builders, etc.
“It’s evident that business will go down and its painful that even if we engage the concerned Minister, implementation is so slow that we get overtaken by events,” she said, adding that they have arranged to meet the Minister again to brainstorm ideas of a temporary relief for businesses.

Barring Investigations
A month ago the BDP members of parliament blocked a motion by Gaborone North legislator, Haskins Nkaigwa, which called for a parliamentary investigation into the water and power crisis. A call for this probe sparked heated debates that ended with the Deputy Speaker of the National Assembly, Kagiso Molatlhegi ordering security personnel to throw opposition legislator, Phenyo Butale, out of parliament.   While the ruling party is defending the call to investigate, the piling costs of Morupule B have reached P12 billion, Morupule A is also reported to be mulled with corruption while the multi million pula North South Carrier water project is nowhere near completion.
Amidst this catastrophic spate of poor governance threatening to cripple the economy, Mokaila refused to comment informing this reporter that he has since taken a position not to talk to print media.

Member of Parliament for Selibe Phikwe West Dithapelo Keorapetse said that Government ought to declare a national crisis stating that water and electricity are pre-requisites to life. He added that what the ruling party ministers are conveying to the nation as three year long term strategies is not viable since remedies are needed at this instant.
“The President should declare this a national crisis so that resources and time could be redirected to solving this problem as soon as possible,” Keorapetse said.
“Our economy does not have three years to wait in this state, it will collapse. The minister is giving priority to issues of Special Economic Zones when we do not have water and power. Who will invest in a country like that?” he asked.

The ruling government’s refusal to support a motion to probe these matters, in Keorapetse’s view is indicative of individuals engaged in acts of corruption while the nation is in a state of crisis.

“Also, Khama should remember that sending Mokaila to change statements on the updates about power and water is unfair to the nation, Khama should apologize and take full responsibility of this,” Keorapetse charged.
While economists postulated that the long and short of this crisis is that public money is being wasted, Office of the President spokesperson Dr Jeff Ramsay could not be reached to give official comment on the accountability of President Khama’s utterances on the matter.

I am no magician - Mokaila 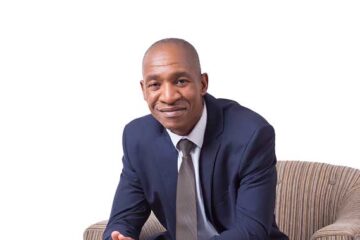