This past week, our publication was the latest to bear the brunt of Botswana’s media unfriendly laws. Whether surreptitiously or overtly,  the adversarial stance our government has taken against the media is fast becoming norm.

The impetus behind the government’s increasing boldness to intimidate Botswana’s media is a collection of laws which have been passed to curtail the basic freedoms a free press is meant to enjoy in a transparent democracy and this is essentially the reason why last week The Botswana Gazette was in the national spotlight.

Many of the laws like the Directorate on Corruption and Economic Crime (DCEC) Act,  have been in existence for years and others like the Media Practitioners Act which was passed in 2008 are recent additions to an arsenal of draconian laws that infringe upon the  ability of  Journalists to do their work. To the average Motswana, these are just laws and for the better part of the country’s history, these laws have remained dormant, forever posing an ominous threat that one day they will be used to muzzle the media. It seems that under the current political dispensation, these laws and their seemingly  benign sections are finally being dusted and used to crack the whip on us.

But the thing about laws is that as much as they exist, they can be challenged. Last week when the DCEC came to our offices to seize “a computer” which was used to compile “a story”, they brought a warrant that stated these ambiguities in parentheses; a faulty warrant which the DCEC inspectors solemnly believed was the magic key that would allow them access to our offices. Unlike an average Motswana,  who most likely cannot afford the services of a legal representative, our lawyer managed to punch holes in the warrant and stopped essentially what was a malicious attempt to intimidate our publication. To our team’s surprise, this arm of the government which has the power to investigate and prosecute completely bungled up a simple search warrant,  setting in motion what can best be described as a comedy of errors and essentially  thrusting the issue of press freedom into the national light. Eventually, a compromise was reached with the DCEC. The Botswana Gazette was fortunate enough to have had some of the country’s best legal minds come to our aide, and what was conspicuously absent was any legal representation on the DCEC side; a bizarre turn of events considering that they were the ones who enacted the law when they could have simply engaged with our publication from the onset, sans warrant.

The moral of the story is that tyranny will use laws to oppress and in the case of Botswana those laws do exist. But our country is still far from the oppressed states on the rest of the continent. The glimmer of hope in challenging the status quo is illuminated by the boldness of the young journalists who brave all odds to report fairly on issues of national interest without fear and favour, the legal fraternity who are always willing to join together to fight for what is right, and the many Batswana who are conscious of the basic rights they are entitled to, like those who thronged our office en masse last week to show support. With such fortitude, laws that are meant to control can finally be challenged so that they never oppress the media or any other Motswana for that matter. Thank you Botswana for standing up and we leave you with  words  the late Mrs. Clara Olsen, publisher of The Botswana Gazette  lived by. 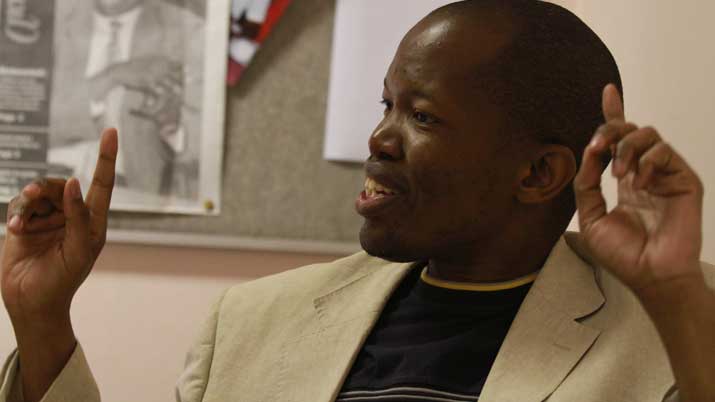