Mochudi Centre Chiefs endured three days of turmoil to round off a hectic weekend.  The club, which has endured a four match winless run, have reportedly not been paid for participating in the Botswana Challenge against Kaizer Chiefs. They have also  played two games in two days following the overturning of their postponed game against BDF XI.

Day 1
The club’s hectic weekend began on Friday when Lobatse High Court judge, Mercy Gaarekwe, overruled the Botswana Premier League (BPL)’s decision to postpone Magosi’s game against BDF XI to Tuesday to make way for the high profile friendly against the Premier Soccer League (PSL) champions.  The judge ordered the rescheduling of the game to Sunday; it meant that the Kgatleng club would play the Botswana Challenge on Saturday and honour their league fixture the next day. Gazette Sport is reliably informed that the BPL worked tirelessly to reprint league tickets for their clash with BDF XI which was on Saturday.

Day 2
On Saturday, the club suffered a 3-0 defeat against the PSL champions. The match was overshadowed by the local league champions’ refusal to show up for the second half, resulting in a 35-minute delay. They eventually turned up for the second half to complete the match.
Sources have revealed that Magosi’s players were ordered not to continue the game by the club’s officials because their P200 000 appearance fee was not paid. According to sources, Magosi’s South African counterparts had already received a match fee of around P1.4 million months earlier.
The competition’s organizers, Capital Ideas, had reportedly hoped to gain a huge amount from gate takings but they were thwarted by the disappointing crowd attendance. Other reports stated that they also had an obligation to pay a P100 000 stadium levy to the Botswana National Sports Council (BNSC); this prevented them from making Magosi’s payment their main priority.
Meanwhile, Chiefs’ public relations officer refused to comment on the matter by  but only said, “Those matters are contractual agreements with the organizers therefore we cannot disclose anything to the media.”

Day 3
On Sunday, Magosi suffered a 2-0 defeat against title rivals BDF XI in the rescheduled fixture at SSKB Stadium. Goals from Saukani Zulu and Otlantshekela  Mooketsi ensured that the club continued their winless run in recent weeks.  They have failed to win a game this month; the defeat leaves them four points behind Matebele who have consolidated their position at the top of the league table. In the aftermath of the defeat, Dragojlo Stanojlovic refused to take part in the often-compulsory post match interview. His assistant, Innocent Morapedi also refused to talk to the media.   Another scene that was noteworthy was the presence of team officials at the club’s dressing room after the game. 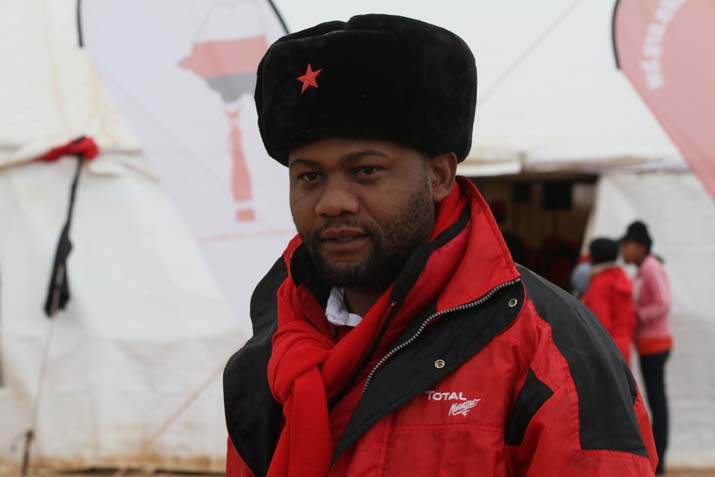