Kutlwano Volleyball Club’s star child, Tracy Chaba is arguably this season’s player of the year with her outstanding performances in her current and past matches. This year she went to Mozambique with the national team for the world cup qualifiers where she was awarded a gold medal for being the best blocker of the tournament. Gazette Sport caught up with the volleyball sensation to learn more about her sporting journey.

Unlike most athletes who had a choice to choose the sporting code they wanted, Chaba started off on a rough patch as she was forced to play volleyball. “I started volley in 2004. I was really not into volleyball but was forced by my teacher to join the sport. Whenever I missed training, my teacher would look for me in the morning and punish me,” said the 21 –year- old Nshakashogwe native.

She pointed out that eventually she fell for the sport, which she said as her current club has molded and trained her to be a good player that she is today. Commenting on the qualities one needs to posses to be good at the sport she said, “I have realized that height is important in volleyball in order to excel .You also have to have a heart and the patience or you will never go anywhere.”

Some of her achievements as a volleyball player include being awarded Best attacker in the women’s category and Most valuable player of the year 2012 at the Mascom Volleyball League awards; the same awards she won in Zambia during the Zone 6 club championships as well as that of a player with an outstanding performance year round.

Meanwhile, Chaba advised individuals to engage in any sporting activities as the not only keep one fit and disciplined but because it is also that which one can make a living out of. “Look at Amantle Montsho now, she is one of our big stars in Botswana and she has a career in sports. Volleyball has grown and it is still growing and soon it will be among Botswana’s number one sports,” she added.

When asked about her upcoming tournaments she said, “We won our 2013 Capital Motors tournament as a club we have qualified for the Zone 6 club championship in Swaziland. Thus, as the champions, we have to work hard to defend the cup. Our league is still on and we are on top of the log so it has to stay that way until it ends. As for the national team we also have a second round of world cup qualifies which will be held in Zambia next month and we want to make Batswana proud by qualifying.”

When Survival International becomes an obstacle to Youth Development 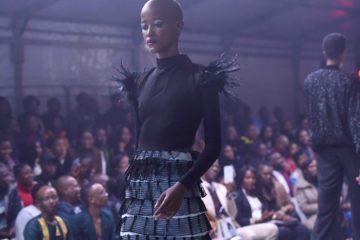