Chancellor has misdirected himself in appointing him – union member

Attorney Parks Tafa’s appointment as chairman of the University of Botswana Council is already being questioned.The secretary of the Council, Clement Ng’ong’ola,announced last week that Tafa had been appointed the chairperson of the University of Botswana Council for a period of three years,replacing former IndustrialCourt Justice E. W. M. J. Legwaila.Urging the UB union to take a stand against the appointment writing to the chancellor its opposition to the appointment, union member whose name Gazette has, wrote:“I for one feel that the chancellor misdirected himself in Tafa as the chairman of Council.

First Mr.Tafa works for a company which is the legal adviser of the University and I see a conflict of interest right there. Secondly, I doubt if Mr. Tafa understands university level education enough to lead the UB council, as he joined the council just recently.“Cognizant of the fact that the chancellor has a legal responsibility of appointing the chairperson of Council without consulting anyone, I’m suggesting that the union leadership should ascertain that the company for which Mr Tafa works is the legal advisers of the university…” Commenting, the University of Botswana Public Relations officer, Mhitshane Reetsang,said Section 10 (1) of the Uni-versity Act empowers the Minister to appoint the chairperson of the Council.Reetsang said Tafa has been a sitting member of the Council and one of the four members that were appointed to it from the 1st March 2011. He said the Council is yet to decide whether Tafa’s law fi rm should continue to act as legal advisors to the University, or not.Tafa, one of the best, and arguably the most infl uential lawyers in the country is a partner in the Collins and Newman law firm.

He wears many hats, chairing the boards of a number of large companies in the country including Wilderness Safari Holdings, a company associated with President Ian Khama through its subsidiary, Linyanti Investments.Tafa is also closely associated with the ruling Botswana Democratic Party (BDP) in other respects:His law fi rm advices the party and he is also chairperson of the BDP’s Electoral Board. It is believed that he has recently become even more closely associated with BDP’s administration since the expulsion of its executive secretary, Thabo Masalila. 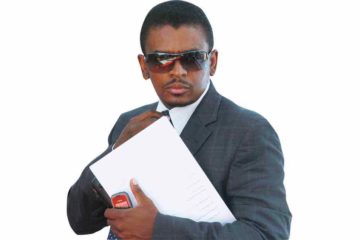