To most,  the name Jerry Chitube means very little, so little infact that on the fateful day on the 7th February 2015 when security agents pounced on him as he readied himself for the BDP youth league chairmanship election, his “arrest” barely raised any alarms. Subsequent to what was deemed an unfair and irregular election local press hardly took notice that the candidate who was seen by most as a dark horse had simply vanished. Our investigations team followed a trail that often led to dead ends signed with veiled threats and murmurs of an intriguing  plot to trade in illicit diamonds that involved senior security and political figures.

Leaks seen by The Botswana Gazette have revealed an intricate business connection and rogue diamond  deals worth over R500 million between the deported Zambian national Jerry Chitube, the Directorate of Intelligence and Security (DIS) and a number of individuals in the echelons of power.

According to the information seen by this publication, South African businessmen (names withheld) with ties to an American based company,  are still waiting for Chitube to show up with their P500 million’s worth of gem stones, for which they gave him as ‘guarantor’ fee.

Chitube, who has since refused to comment on the allegations raised by the leaks, was declared prohibited immigrant in February after his ambitions to run for BDP youth chairmanship elections rubbed powerful people the wrong way.

Fears were that Chitube had a lot of support and he was likely to win but “he was difficult to control unlike others, so he was a loose end,” information passed to The Botswana Gazette has revealed.
The Botswana Gazette has seen leaks revealing that Chitube and his partner Seaketso Moreki used their connections and access in the DIS to smuggle diamonds they had allegedly secured from Jwaneng Mine  without any detection.

The leaks claim that the DIS was used “to source, secure and transport the diamonds and their payment was to come from sales.”
“The custodians as we called them would need to hold something in order to release the goods so that if there are blunders along the way, they don’t come out empty handed,” the leaks revealed.
“For instance, security at Orapa Mine was too tight for the quantities Moreki had arranged, it needed ‘men of the cloth’ for safe passage and this would apply even at border points.”
Last week, Moreki threatened to call the DIS and have these reporters detained when they sought  clarification from him about the alleged dealings.

“The DIS guys have been looking for you at Sebele, wait there let me call them,” he repeated the intimidation twice before the reporters left in fear of their own safety.
Information gathered on Moreki from the Diamond and Narcotics Unit revealed that Moreki was arrested in 1994 for diamond related crimes. This publication can confirm that Moreki had fraudulently posed as a prophet to get diamonds from Jwaneng miners and sell them to South African buyers. All the involved parties were caught and tried for this offense.
The leaks also exposed that Chitube’s wealthy contact in South Africa, only referred to as Sbu, allegedly  helped finance the BDP during the national elections and also during the BDP NYEC elective congress, which he has since confirmed, stating that he was hoping to build business relationships within the inner power circle.

Sbu referred to Chitube as a dishonest contact who had claimed to have been well connected within the DIS and government but then disappeared without delivering the diamonds, a deal which was said to have been worth well over P500 million, the leaks have shown. Chitube was deported by DIS to Zambia in February.

Information gathered also suggests that after Sbu’s first deal in Sierra Leone backfired he then came to meet with Chitube and gave him a P200 000 deal sweetener for the smuggling of diamonds.
The leaks also purport that a senior Detective  in the Narcotics, Department, was to also supply diamonds that had been confiscated and were to be used as evidence , an allegation which has been refuted by the police.

Police spokesperson Christopher Mbulawa also said he was not aware of any investigation against anyone in the aforementioned department  or heard of the leaks.
“You know the channels of communication,  that department cannot respond to you but I dismiss the allegations put forth because there is no investigation by either us or anyone ,” Mbulawa responded .

HOW CHITUBE ACQUIRED BOTSWANA CITIZENSHIP?
The intrigue over Chitube’s quick abduction and detention which was followed by his deportation, intensified after the DIS attempted to cover up their dealings with him from this publication.
The former High Commissioner to Namibia Duke Lefhoko has also confirmed knowing Chitube during campaigns for the BDP youth chairmanship. However, he distanced himself from Chitube’s rogue deals.

Contrary to this, investigations have turned up information that suggests that Chitube often stayed at Lefhoko’s lodge in Shoshong and he even used Lefhoko’s BMW car to move around.
Documentation seen also exposes the direct link between some known individuals in the DIS circle and how they used Chitube for BDP projects and campaign strategies.
In one account, the spy leaks on Chitube reveal that a South African based businessman, Sbu, flew into the country to meet with Chitube, “he was looking for diamonds but the first time we tried to conclude that deal he decided to go finalize somewhere in North Africa.” Investigations have since confirmed that this was the backfired deal in Sierra Leone.

Investigations by The Botswana Gazette unearthed that Chitube studied security in Australia and the BDP and the DIS (as well as side deals with DIS boss Isaac Kgosi) enjoyed his service from as far back as 2009.

Information gathered suggests that the DIS through an unidentified Kenyan man secured  Chitube two fake Botswana identity cards, one with his real names and the other with fake names.
He is said to have never thought of getting a residence permit since he had the national identity card and even a Botswana passport. It is said that the first thing they asked him after his arrest was for him to produce his identity card.

The leaks also claim that Chitube interacted with the late former Vice President, Mompati Merafhe, on a number of issues relating to the BDP and Chitube drafted for him possible solutions on how certain party issues could best be handled.

“However, the biggest issue with BDP projects was lack of funding so most of the ideas were shelved. When approached by some BDP elders to see if he could assist to advance BDP agenda he came up with the first BDP diary in 2012 which was to be known simply as the ‘Mpho Balopi Diary’. When he was arrested in Masunga, he had completed the 2015 diary and a BDP phone application. Many party elders had welcomed these initiatives and many party youths had also welcomed these,” an extract of the leaks alleges.

It is alleged that former member of parliament Mephato Reatile advised Chitube to run for BDP NYEC chairmanship. “It was promising but what he was looking for was not exactly a win but just a form of empowerment. So he called on his friends in South Africa to find out how they could help with the campaign. Some offered buses and some offered partnerships with the various BDP youth branches. They actually came and met with some of these youths,” a source said.
Reatile has since claimed to have only met Chitube this year through former Minister of Agriculture Christian De Graaff, he distances himself from the deals involving Chitube.

CHITUBE’S FALLOUT WITH THE BIG WIGS
This publication has also gathered that the ultimate fall out between Chitube and his makers, besides joining youth elections, was his constant complaints about some things he felt were not done right like; “why the printing of BDP materials was only done by Mpho Balopi and why there was lack of transparency in the tendering process of the BDP,”  read part of his complaint letter to the executive committee.  He is said to have also questioned the suspension of some of the previous committee members.

Even though in a previous interview Reatile claimed he did not know much about Chitube, close sources have alleged how inseparable the two were and how Reatile still has Chitube’s bank card which he was given to use whenever he needed money after his loss at the elections.

“He is the one that actually introduced Chitube to Isaac Kgosi. I don’t know why he denies his relationship with him. Or maybe it was one of those issues where he feels he got what he wanted from him and now he can dispose of him,” alleges a source.

The source mentioned that Chitube had it coming, stating that, “it is one thing to accept what you are and it’s another thing to pretend and go as far as trusting the DIS because they use you to source information.”

Banks’ scramble for deposits heats up 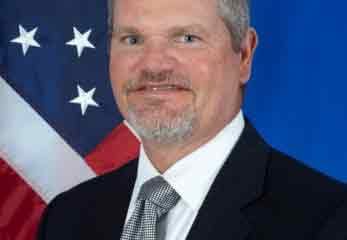