Kanye Principal Magistrate Janet Phosa last week convicted a 35-year-old woman of defiling a 15-year-old boy.Olebile Maropeng, who lives in the Bogamelakgomo Cattle Post near Mabule Village, admitted having sexual intercourse with a 15-year-old boy at the cattle post in March. “I had a relationship with the minor and started having sexual intercourse with him between the 3rd and 23rd March this year,” she told the court.

The court heard that Maropeng lived with her boyfriend at the cattle post and on the day of the offence, her boyfriend was away from home, helping a friend. When he returned Maropeng was not at home; he asked the people around where she was and they said she had gone into the bush. Suspicious, he tracked her footprints and caught her having sexual intercourse with the boy in the bush. The man called a neighbor to come and witness what was happening before reporting his partner to the police,who arrested her. The magistrate postponed sentencing to a later date to ponder on a just sentence.

“The victim, a 15 year-old boy, is about to turn 16 in October; I will need some time to research what discretion I have in such a case,” said Magistrate Phosa. Inspector Benjamin Modimoosi represented the State while the accused conducted her own defence. 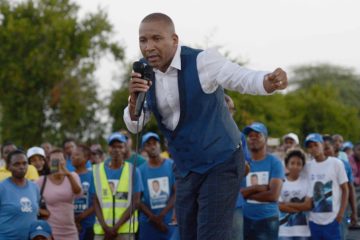